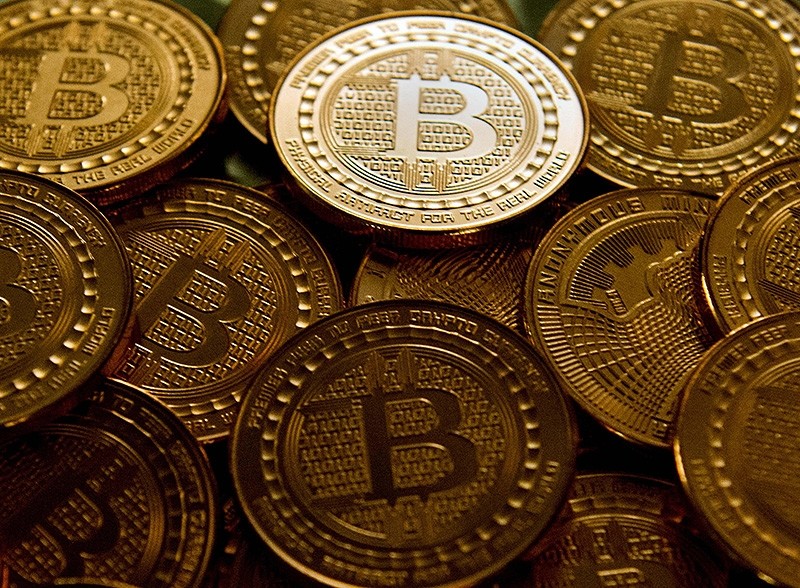 Bitcoin blasted to another all-time high of $19,800 on Sunday, up 10 percent on the day, as concerns grew over the risks of investing in the highly volatile and speculative instrument.

The cryptocurrency's staggering price rises - more than 2,000 percent since the start of the year - have driven worries that the market is a bubble that could burst in spectacular fashion.

Bitcoin has climbed close to 100 percent so far in December alone, putting it on track for its best month in percentage terms since December 2013.

The head of the Securities and Exchange Commission this week warned investors on the risks of investing in largely-unregulated digital currencies. And another federal agency is now proposing to regulate bitcoin trading like other regulated commodities such as wheat, oil, gold and silver.

Just this month, the SEC halted two attempts to raise money through what's known as an initial coin offering. Legal experts believe this signals that a crackdown on sketchy offerings is coming.

"The SEC has given so many warnings now that people should know they are on notice," said Joshua Klayman, a lawyer with the firm Morrison & Foerster who specializes in legal issues related to digital currencies.

The world of bitcoin and digital currencies can be split into large branches. There are investors who buy the currencies like bitcoin and ethereum. Related but separate from the currencies is an event known as an initial coin offering, or ICO, which allow startups to use the technology behind bitcoin, known as blockchain, to fund projects.

ICOs have soared in interest this year. CoinSchedule, which tracks the ICO market, says 234 ICOs this year have raised $3.7 billion for startups. In 2016, 46 ICOs raised less than $100 million.

How these tokens are marketed has become a central question for the SEC. Companies issuing tokens that are usable on their own platform right now aren't a concern, but when the company's marketing implies that these tokens can appreciate in value, that becomes a red flag.

"We have gotten to a point a few times where some of these tokens start looking an awful lot like securities," said Clyde Tinnen, a partner at Withers Bergman.

Investors in ICOs are oftentimes early investors in bitcoin or other digital currencies who, with the rapid rise in price, have become multimillionaires on paper and are now looking for the next hot idea. But some of the ICOs that have been funded are just that — an idea on paper. They might even use language copied and pasted from other ICOs to sell their startup to investors. Others have paid celebrities, like boxing legend Floyd Mayweather and socialite Paris Hilton, to endorse their ICOs. All this has raised concerns about the potential success of these projects and whether some are just outright scams.

"I am not sure why it took so long to chase down some of these," Tinnen said.

Meanwhile, the chairman of Swiss banking giant UBS said in an interview published Sunday that he does not consider the soaring cryptocurrency bitcoin as money and called for regulators to intervene.

Bitcoin prices have surged this year from less than $1,000 in January to $17,000 last week, after trading in the digital currency began on the Chicago Board Options Exchange -- the first time it has appeared on a traditional platform.

But in an interview with the NZZ am Sonntag weekly, UBS boss Axel Weber warned investors against jumping on the bandwagon, saying the bubble would inevitably burst.

"In my opinion, bitcoins are not money," he said, adding that the virtual currency had significant "design flaws".

Money is meant to fulfill three main functions and bitcoins fail at all of them, he said.

The main problem, he said, is that with no central bank and no issuer controlling the supply, the value is determined solely by demand, which leads to "huge price fluctuations in both directions".

UBS has decided to advise clients against investing in the virtual currency, he said, because the bank does "not consider it valuable and not sustainable".

To protect investors who do not take the bank's advice, "regulators are needed," Weber said.