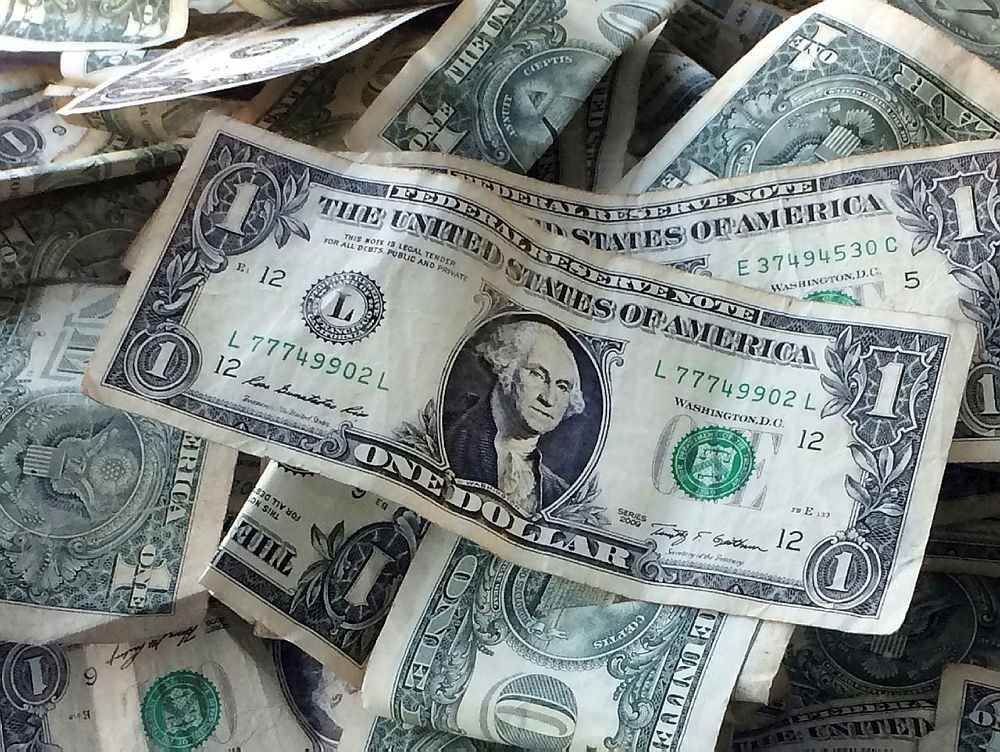 The dollar sank on Tuesday to its lowest in more than three months, weighed down on the first trading day of 2018 by market expectations of a slower pace of interest rate increases by the Federal Reserve amid a tepid U.S. inflation picture.

The dollar's decline continued the momentum of 2017, the greenback's weakest annual performance in 14 years.

The dollar's upside was also capped as many of the world's major central banks such as the Bank of England and European Central Bank are moving toward normalizing their own monetary policies. Trading volumes were thin.

The euro has been on a tear especially since the second half of last year, on optimism over a brightening economic picture in the euro zone.

In 2017, the single currency posted its strongest year against the dollar since 2003 as European economies strengthened and expectations grew that the ECB will wind down monetary stimulus.

The euro added more gains to start the new year, climbing to a nearly four-month high of $1.2082. It was last up 0.2 percent at $1.2033. Euro zone manufacturers ended 2017 by ramping up activity at the fastest pace in more than two decades, a survey showed on Tuesday, and rising demand suggests they will start the new year on a high.

The European Central Bank's Benoit Coeure said on the weekend he saw a "reasonable chance" the bank's bond purchases would not be extended beyond September.

"It's a combination of dollar weakness and euro strength. The euro strength is underpinned by some hawkish comments from the ECB's Coeure," said Commerzbank currency strategist Thu Lan Nguyen in Frankfurt.