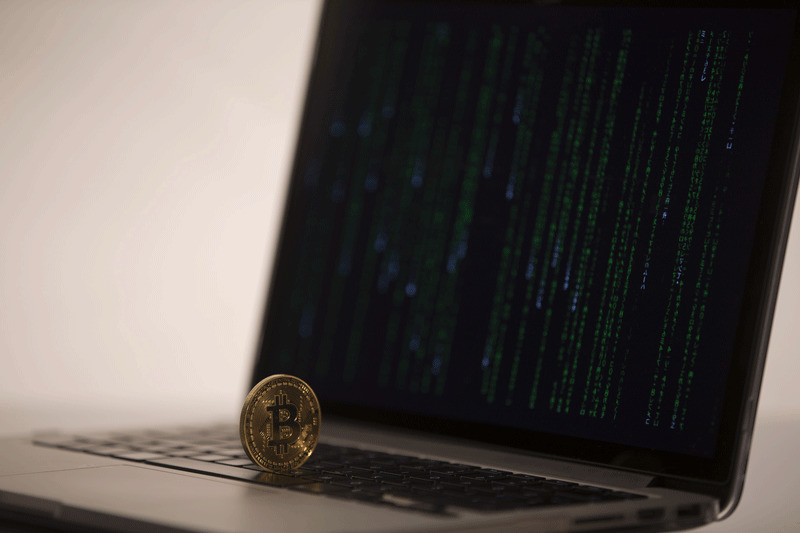 Bitcoin slid to $10,000 on Wednesday for the first time since Dec. 1, leaving the cryptocurrency down by close to half from its peak hit last month.

Bitcoin, the largest and most prominent cryptocurrency, fell more than 11 percent to hit $10,000 on the Luxembourg-based Bitstamp exchange, amid worries about a regulatory clampdown.

Later around 1410 GMT, bitcoin stood at $9,807.56 to record its lowest value since December 1 and a plunge of almost 50 percent since reaching a record high on December 18, according to data compiled by Bloomberg.

The cryptocurrency touched a peak of almost $20,000 in mid-December - and indeed crossed over that threshold on some exchanges - but has since been roiled by several large sell-offs.

At the end of December bitcoin fell more than 11 percent after South Korea said it would ban anonymous trading of virtual currencies and crack down on money laundering activities using them.

It has soared more than 900 percent last year, posting the largest gain of all asset classes, amid increased institutional demand for crypto-currencies as their financial and mainstream use has expanded.

The extraordinarily rapid rise in the price of bitcoin, which still isn't widely used to buy things, has led many financial experts to call it a speculative bubble that's waiting to burst.