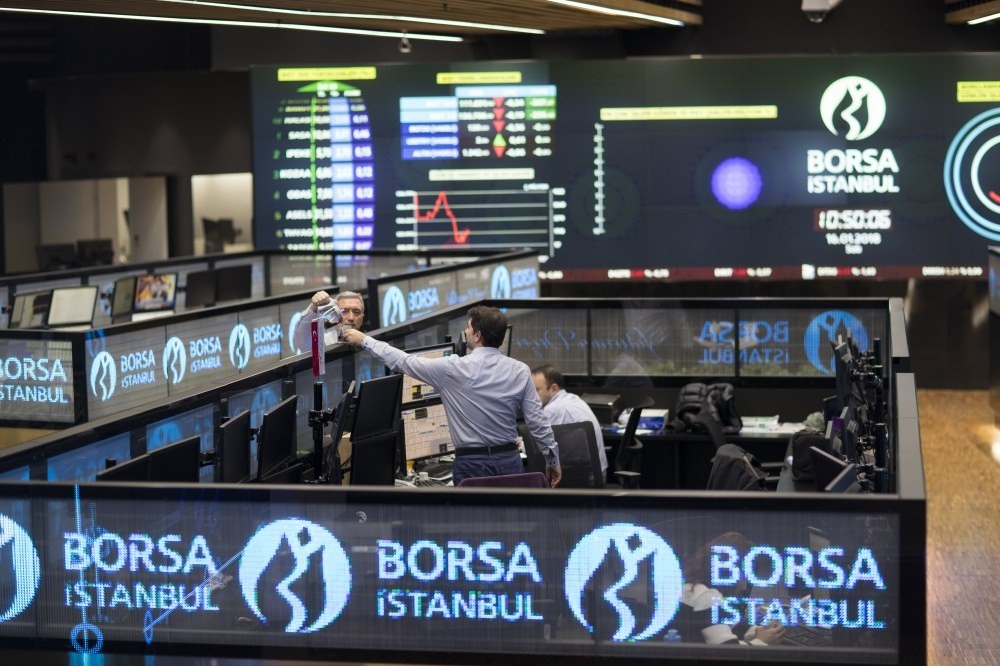 Traders work during the morning session at the Borsa Istanbul Stock Exchange, Istanbul, Turkey, Jan. 16.
by Daily Sabah with AA Jan 20, 2018 12:00 am

The Borsa Istanbul saw an increase of 44.3 percent in its market value when compared to the same period of the previous year, while the market value of global stock exchanges reached $80.84 trillion

The market value of global stock exchanges increased by 15.5 percent in 2017 compared to the previous year, reaching around $80.84 trillion, while the value of the Borsa Istanbul Stock Exchange also soared by $69.8 billion in the same period, reaching around $227.51 billion.

The Belarusian Currency and Stock Exchange was the fastest growing exchange in the world last year, reaching $157.616 billion, up 127 percent

The Sydney Stock Exchange experienced the greatest decline in market value last year, with a depreciation of 23.9 percent. The market value of the stock market plummeted to $102.4 million at the end of 2017 from $134.5 million in December 2016.

The New York Stock Exchange, which has the largest market value among world stock exchanges, maintained its leading position last year. The stock exchange went up to $22.81 trillion from $19.573 trillion over the past year, achieving a 12.8 percent rise. The New York Stock Exchange doubled its closest rival, Nasdaq OMX, in terms of market value. The Nasdaq OMX increased its market value by 29.1 percent to $10 trillion by the end of last year.

In terms of the size of the market value, the Japan Exchange Group ranked third among global stock exchanges with $6.2 trillion.