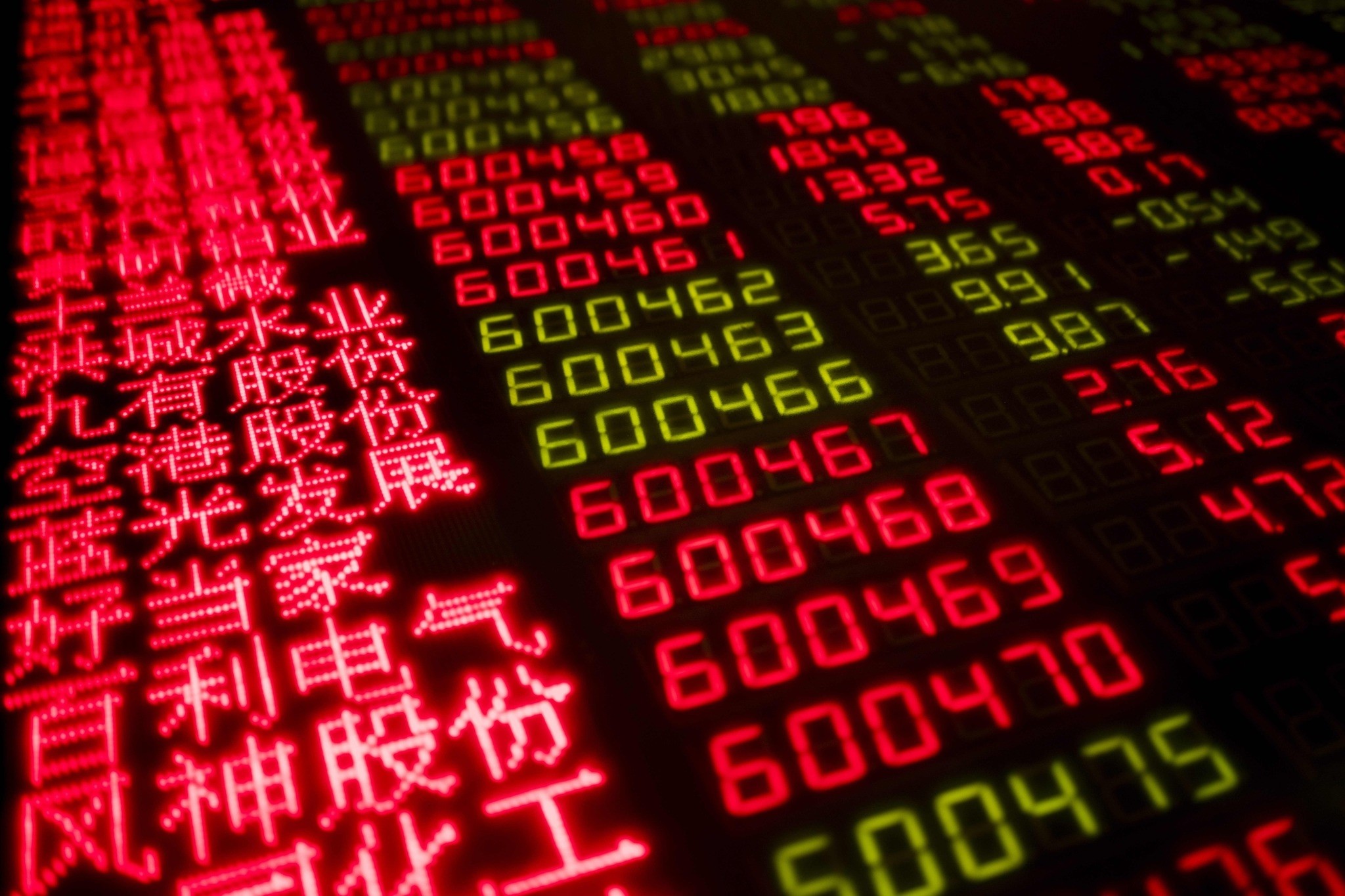 The benchmark Shanghai Composite Index tumbled 4.0 percent and the blue-chip CSI300 ended the day down 4.3 percent. At one point, both were down more than 6 percent.

It was the biggest single-day dive for the two since February 2016, when the fallout from a botched attempt to introduce a circuit-breaker mechanism after a market meltdown was still rattling investors.

"It's bulls killing bulls", said hedge fund manager Gu Weiyong about the stampede out of stocks by once-bullish investors.

"If 10-year, risk-free rates keep climbing toward 5 percent, stocks with earnings multiples of 30 or more will become increasingly expensive, so they're getting dumped by institutional investors," said Gu, Shanghai-based chief investment officer at Ucom Investment Co.

The yuan weakened against the dollar in thin volume, and the Chinese currency was on track for its first weekly loss in nine weeks.

All sectors fell on mainland and Hong Kong borses, led by financial and property shares.

Margin lending, wherein investors can multiply investable funds by using their securities as collateral, had dropped to a more than one-month low. Reuters data showed roughly 50 billion yuan in leveraged bets had been unwound this month.

Frank Benzimra, head of Asia equity strategy at Societe Generale in Hong Kong, said Chinese shares were mostly dragged down by the U.S. correction but he had China-specific worries.

In the past, China's government has sometimes moved to prop up falling stock markets, but a hedge fund manager said that was unlikely this time.

"The bet on blue-chips was getting too concentrated, so a big correction was just a matter of time," he said.

Ucom's Gu said he saw no evidence the government was stepping in to stem the slide this week, the CSI300's worst since August 2015.

Some worries over the health of the world's second biggest economy also resurfaced, as China's producer and consumer inflation eased in January.

On Thursday, Reuters reported that China had approved licenses for an outbound investment scheme known as the Qualified Domestic Limited Partnership (QDLP) plan for the first time since late 2015.

The scheme would reopen a channel for Chinese money to invest abroad, potentially adding to liquidity concerns in Chinese markets