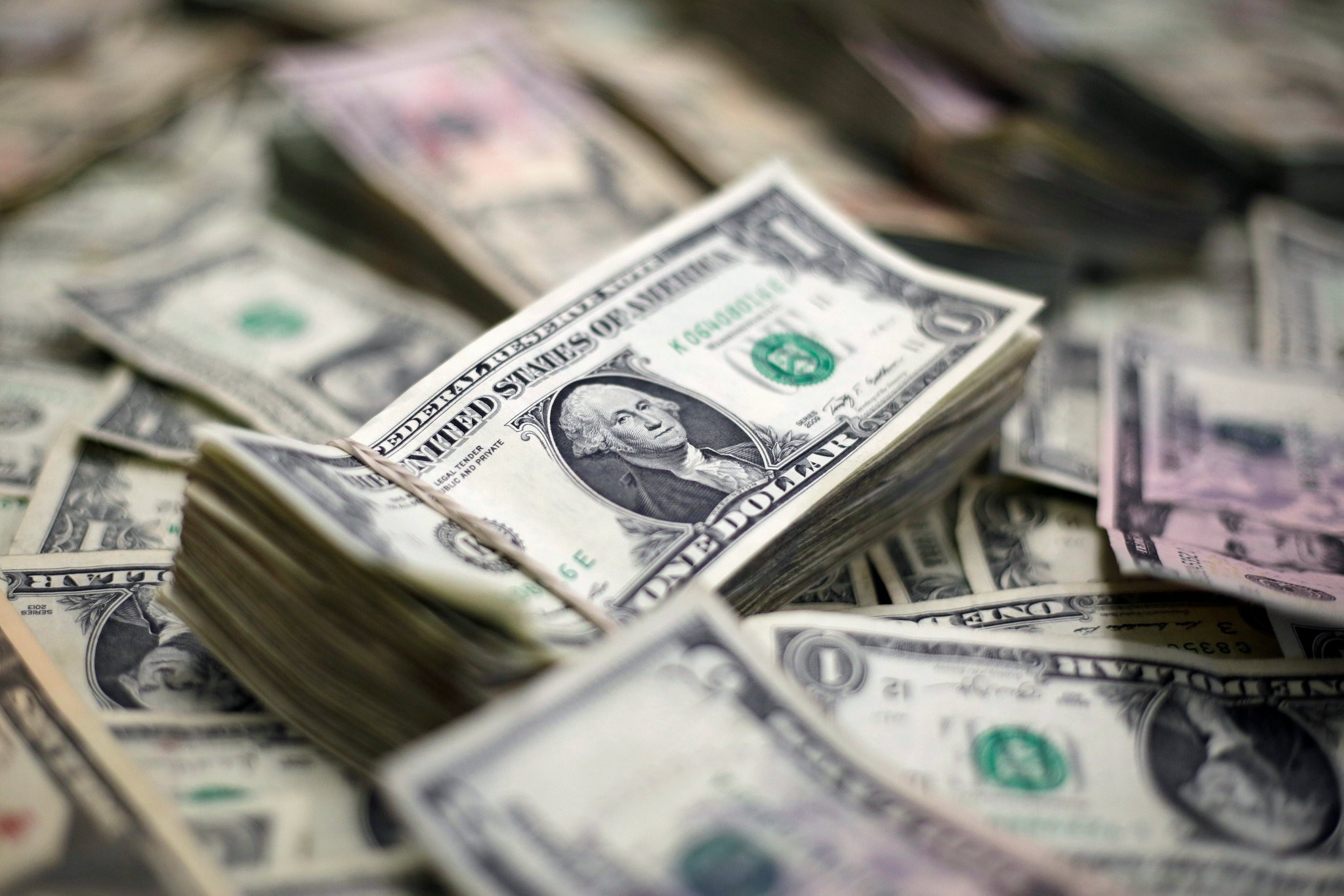 Asian shares rose for a fifth straight day on Friday as investor confidence slowly returns after a sharp sell-off earlier in the month, while the dollar continued its descent, hitting a three-year low against a basket of major currencies.

European shares are expected to rise 0.3 to 0.4 percent at the opening, according to spread-betters.

MSCI's broadest index of Asia-Pacific shares outside Japan rose 0.4 percent, though many Asian markets were closed on Friday for the Lunar New year.

Japan's Nikkei rose 1.2 percent, with investors relieved to see the government appoint Bank of Japan Governor Haruhiko Kuroda for another term, suggesting the central bank will be in no rush to dial back its massive stimulus program.

Measured by the MSCI's broadest gauge of the world's stocks covering 47 markets, global shares have now reclaimed more than half of the 10.7 percent plunge from a record intraday high on Jan. 29 to a four-month intraday low a week ago.

Investors have been reassured by a fall in the Wall Street Vix index, the "fear gauge" that measures the one-month implied volatility of U.S. stocks.

The index dropped below 20 for the first time since its spike to 2 1/2-year high of 50.3 last week, a jump that caused massive losses among investors who bet equity markets would be stable on a combination of solid economic growth and moderate inflation.

The Vix futures fell back to more normal patterns, from the past several days of so-called backwardation, in which the front-month contract becomes the most expensive.

The return of a more usual curve suggested that the loss-cutting and position unwinding of "volatility short" strategies had run its course for now, easing investors' nerves.

"I've said markets will be unstable until February, and that February will offer a good buying opportunity," said Eiji Kinouchi, chief technical analyst at Daiwa Securities, noting that U.S investors were likely to book profits in January to take advantage of lower tax on capital gains.

The selling appears to have run its course and the fall in volatilities, both implied and actual, is likely to prompt investors to return to stocks, he said. 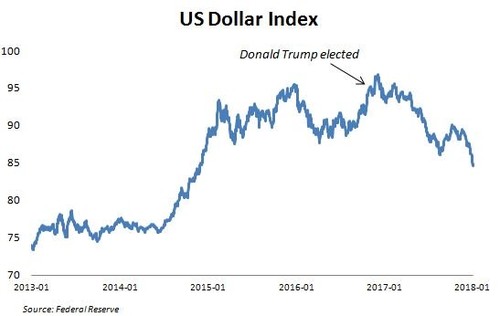 The U.S. dollar, on the other hand, slipped below its January low against a basket of major currencies to reach its lowest since late 2014.

The dollar index fell to as low as 88.37, and was on course to lose over 2 percent for the week, its biggest such loss in two years.

There is no strong consensus yet on what is driving the dollar's persistent weakness, especially in light of rising yields. Some say it simply reflects a return of risk appetite and a shift to higher-yielding currencies, including many emerging market ones.

But others cite concerns that Washington might pursue a weak dollar strategy as well as talk that foreign central banks may be reallocating their reserves out of the dollar.

There are also worries President Donald Trump's tax cuts and fiscal spending could stoke inflation and erode the value of the dollar.

"His protectionist policies could also fan inflation. Markets appear to have calmed down for now but fundamentally it is different from last year," said Yoshinori Shigemi, global market strategist at JPMorgan Asset Management.

"You could say that right now, rather than stocks rising around the world, it is the dollar falling against almost everything," he added.

The euro rose to $1.2556, its highest since December 2014. Having risen 2.37 percent so far this week, it could post its biggest weekly gain in nine months.

The dollar dropped to 105.545 yen, its lowest level since November 2016 and down 2.8 percent for the week, which would be the biggest in a year and a half.

The South African rand hit a three-year high of 11.6025 to the dollar on Thursday on hopes the resignation of President Jacob Zuma had paved the way for new leaders to speed up economic growth.

The dollar's fall came even as U.S. bond yields remained near a multi-year high.

Shorter-dated yields also rose as investors grew convinced that the correction in stock prices in recent weeks would not prevent the Fed from raising interest rates in March and twice more this year.

Cleveland Fed president Loretta Mester said on Tuesday the recent stock market sell-off and jump in volatility will not damage the economy's overall strong prospects. Mester is being considered a leading candidate for the Fed's Vice Chair.

Oil prices maintained this week's gains, with U.S crude futures trading at $61.65 per barrel, up 4.1 percent so far this week.