Mobile banking now means a bank on a truck 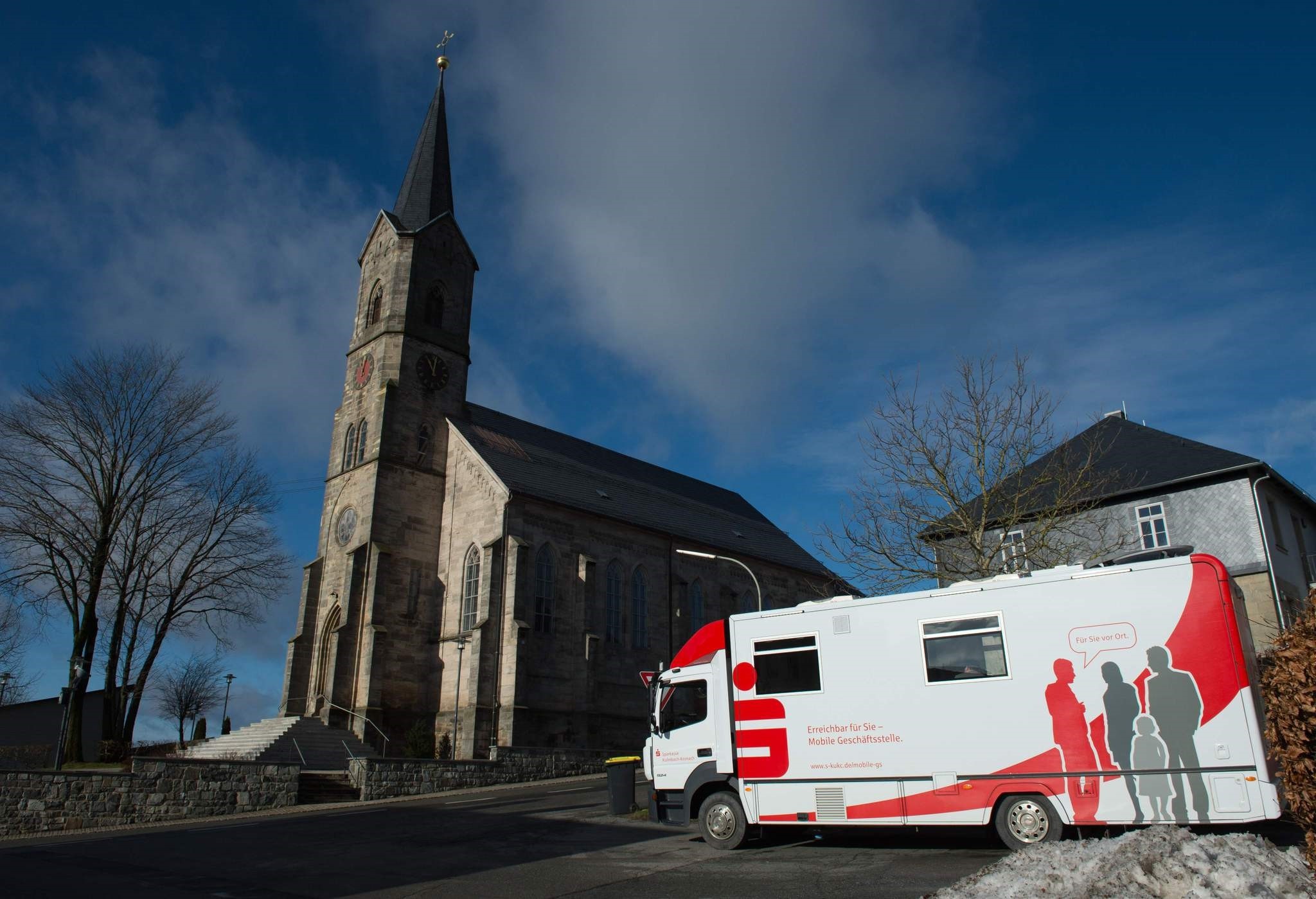 A mobile office bus of the savings bank Sparkasse parked in Tschirn, Germany.
by French Press Agency - AFP Feb 22, 2018 12:00 am

Bank manager Juergen Schaller never expected to end up getting a trucker's license and driving 20,000 kilometers (12,400 miles) per year. But as brick-and-mortar branches vanish from the rolling Franconia region of northern Bavaria, the neatly dressed savings bank executive jumps behind the wheel four days a week to bring mobile services - including a cash machine and consultation room - to tiny countryside villages. The switch from desk to dashboard has enabled Schaller "to do something else while staying in touch with the customers," he told Agence France-Presse (AFP).

High-street banks are increasingly being forced to shutter branches, as more and more customers go online, rural populations shrink and low interest rates eat into profits. As a result, banks such as the public-sector Sparkassen, where Schaller is a branch manager, are having to rethink their business models. In Schaller's Kronach-Kumbach district alone, tucked away in the southeast corner of Germany, six branches sporting the red "S" logo of the widely popular savings banks group closed their doors last year.

A similar trend is seen across the country as a whole: Nationwide, the number of physical bank branches has plunged by a quarter over the past 15 years to 35 per 100,000 people, according to a study by public investment bank KfW. The European average is 37 per 100,000, with Spaniards the most spoiled for choice with 67. Steffen Haberzettl, the sales director for the Kronach-Kumbach Sparkasse, said it was primarily local businesses and older people who had not embraced online banking who were taking advantage of the mobile branch, which first set off on its rounds in 2015. Haberzettl estimated that around 20 people visited the bank at each stop, equivalent to 12,000 customer contacts a year - a tiny number compared with some 8,800 online banking logins per day. But "we invested in this service for our clients knowing that it wouldn't make enough money to pay for itself," he said.

Local politicians who sit on the Sparkasse board were reluctant to plunge their constituents into a bankless wilderness as the number of closures mount. So, they opted to hit the road instead in one of Germany's 66 itinerant branches. In the bank's trailer, 70-something Maria Neubauer is happy to wait for an appointment with Schaller in his tiny office during his 90-minute stop opposite the church in the slate-tiled village of Tschirn.

"The Sparkasse bus is great for making transfers, or doing anything you need," she said. "We're happy, especially those of us who don't have a car" to visit a branch further away, another villager Maria Greiner said as she printed an account statement from a nearby machine. Other customers were busy withdrawing cash on the chilly town square from the ATM embedded in the flank of the trailer. Schaller makes his rounds to small villages such as this from Monday to Thursday, keeping Fridays free to do maintenance work on the red and white truck and trailer. He has no access to the cash on board, and so far he's had no run-ins with would-be bankrobbers. Banking sector experts predict that the Europe-wide trend toward fewer bank branches will continue apace.