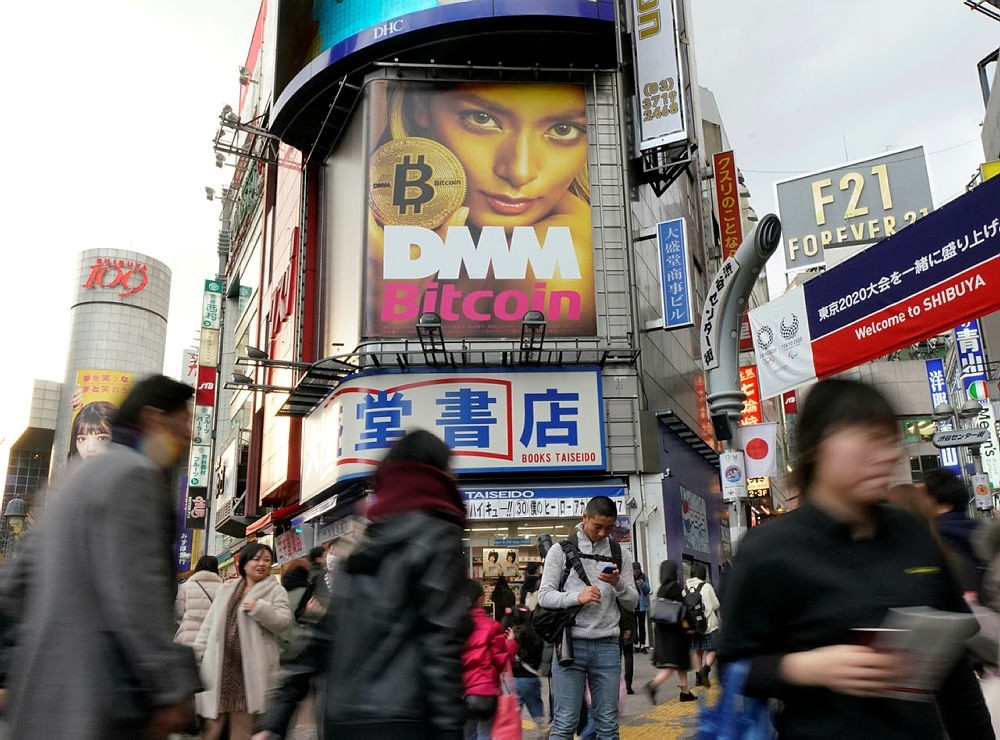 A huge advertisement of Bitcoin is displayed near Shibuya train station in Tokyo. (AP Photo)
by Daily Sabah Mar 20, 2018 12:00 am

Bitcoin prices are behaving very similar to the Nasdaq in 2000 when thousands watched their wealth evaporate when the dot-com bubble burst, only this time the events are unfolding at "around fifteen times the speed," Morgan Stanley warned its clients.

In a report published on Monday, Morgan Stanley said the Nasdaq in 2000 and bitcoin both rallied 250 to 280 percent in their most "exuberant" periods ahead of bear markets.

"The Nasdaq's bear market from 2000 had five price declines, averaging a surprisingly similar amount of 44 percent," CNBC quoted Sheena Shah, strategist at Morgan Stanley as saying in the report.

Last year saw the meteoric rise of hundreds of virtual currencies led by bitcoin, which late last year was fetching almost $20,000 per unit before a slump to around $8,000 currently.

Warning that the history might repeat itself, Shah said: "The follow-up rally for both bitcoin and the Nasdaq always saw falling trading volumes. Rising trade volumes are thus not an indication of more investor activity but instead a rush to get out."

Bitcoin is the best-known virtual currency but there are now more than 1,500 to choose from, according to market data website CoinMarketCap, ranging from popular coins like ether and ripple to obscure coins like dentacoin, the one intended for dentists.