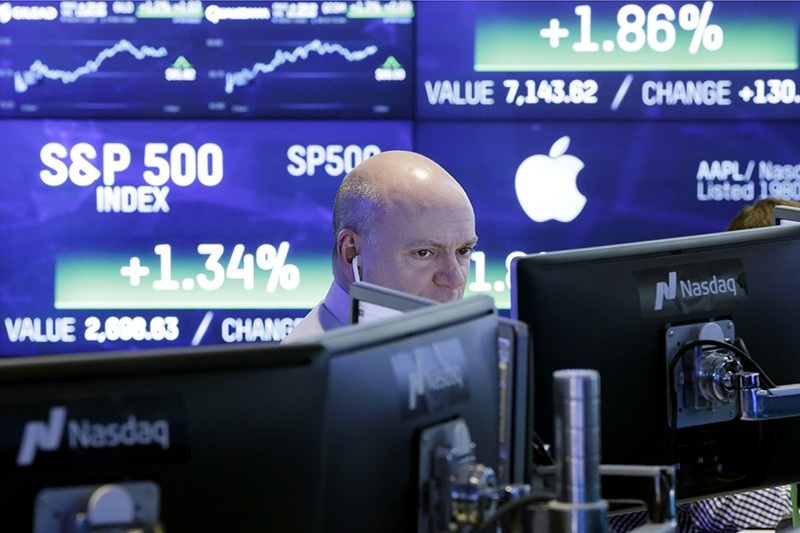 U.S. stocks dropped on Thursday but managed to recover from earlier lows in the wake of an action by President Donald Trump to impose tariffs on up to $60 billion of Chinese imports.

Trump, according to a presidential memorandum he signed, will target the imports only after a consultation period. China will have space to respond, reducing the risk of immediate retaliation from Beijing.

The Dow and Nasdaq stock indexes had fallen as much as 2 percent while the benchmark S&P was down as much as 1.85 percent before midday, as investors fretted over the potential scale of U.S tariffs and possible impact on global trade.

"It appears the market now sort of assumes the worst out of the president until they hear differently because he is just not a very good communicator," said Craig Callahan, president of ICON Funds in Denver.

Callahan said the market was still in the process of recovering from a selloff in February that put stocks in correction territory and was sensitive to negative information.

"The market sentiment isn't good so when they get hit with something like trade tariffs they are more susceptible to it than they would be at another time," said Callahan.

The S&P was on track for its biggest daily percentage drop since Feb. 8.

Selling was broad, with only the defensive utilities, up 1.18 percent, and real estate, up 0.76 percent, on the plus side out of 11 major S&P sectors.

The CBOE Volatility Index, the most widely followed barometer of expected near-term volatility in the S&P, was up 2.70 points at 20.56, near its session lows after hitting a three-week high of 22.70 earlier in the session.

The drop in yields weighed on financial stocks, which were down 2.43 percent.

Facebook shares, down 1.4 percent, continued to weigh on the broader market and the tech sector, the best performing S&P group for this year. The S&P technology index fell 1.51 percent on fears of greater regulation in the wake of the Facebook data leak.

Facebook Chief Executive Mark Zuckerberg said he was open to additional government regulation and happy to testify before the U.S. Congress. Facebook shares were down 2.5 percent.

AbbVie tumbled 12.1 percent after the drugmaker said it would not seek accelerated approval for its experimental lung cancer treatment based on results from a mid-stage study.

Declining issues outnumbered advancing ones on the NYSE by a 2.53-to-1 ratio; on Nasdaq, a 2.56-to-1 ratio favored decliners.