Venezuela to pay Russia in own cryptocurrency for auto parts trade 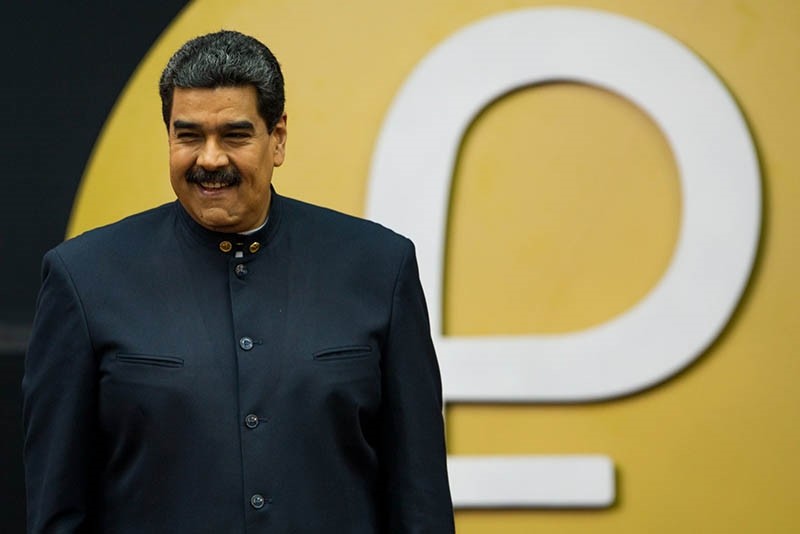 Venezuelan President Nicolas Maduro during a press conference with the new Venezuelan cryptocurrency 'petro' logo in the background in Caracas, Venezuela, March 22, 2018. (EPA Photo)
by daily sabah Apr 04, 2018 12:00 am

Venezuela will use its own cryptocurrency, the Petro, to pay Russia for a delivery of automotive parts, Venezuelan minister of foreign trade said Tuesday.

The use of the country's cryptocurrency was on the agenda of a recent intergovernmental commission between Russia and Venezuela, the foreign ministry said Monday.

"[The issues of cooperation] include the purchases of automotive parts and components, of tires and batteries, as well as assembling of these vehicles in our country and the forms of payment, in which we include the payments with the use of Petro," Trade Ministry Jose Vielma Mora said, according to the AVN news agency.

In February, cash-strapped Venezuela became the first country to launch its own cryptocurrency, in a move that President Nicolas Maduro celebrated as putting his country on the world's technological forefront. Maduro said the cryptocurrency raised $735 million in its first day of pre-sale.

The petro is backed by Venezuela's crude oil reserves, the largest in the world. Maduro also announced intentions to launch a second cryptocurrency backed by precious metals.

Russia and Venezuela continue to increase bilateral trade volume, with trade turnover reported at $459 million in 2017.