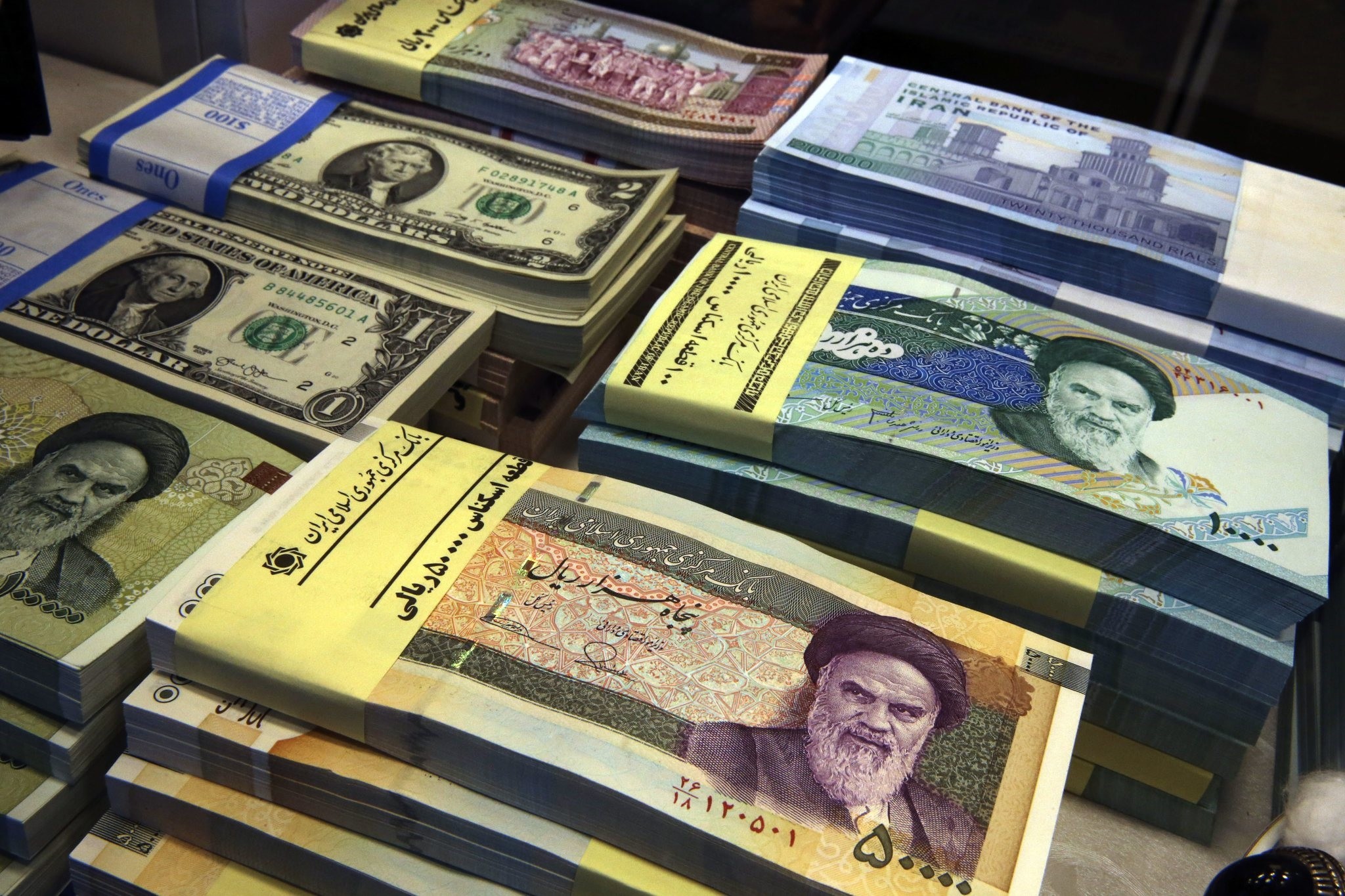 Iran moved on Tuesday to enforce a single exchange rate to the dollar, banning all unregulated trading after the rial hit an all-time low.

The country's senior vice president, Eshaq Jahangiri, was quoted by state TV as saying that the official rate will be 42,000 rials to the dollar as of Tuesday. He said that trading at any other price was forbidden and would be considered "smuggling."

The decision came late Monday after a two-day hike in prices of foreign currencies that saw the rial trading at 62,000 to the dollar — an 18 percent drop since Saturday.

In downtown Tehran, people lined up to buy hard currency outside an exchange office at the new, fixed rate but many complained there were not enough dollars available. Some exchange offices turned off their currency display boards.

Mojtaba Habibi, a judiciary employee from the northeastern city of Mashhad, said he came to Tehran three days ago to buy up hard currency so he could take his child abroad for medical treatment.

Reza Haj Esmaili, a retired government worker passing by the line, said "the country's economic strength is dwindling away and people feel it is risky to keep their rials."

Government spokesman Mohammad Bagher Nobakht said Iran brings in some $95 billion a year in foreign currency, mostly from crude oil exports, which resumed after the 2015 nuclear deal. At the same time, $80 billion are spent on imports.

Iran remains largely cut off from international financial networks because of U.S. sanctions. The rial's slide is driven in part by fears the Trump administration will withdraw from the nuclear deal between Iran and world powers and impose new sanctions.

The head of Iran's central bank, Valiollah Seif, appeared before parliament Tuesday to explain the measure, the semi-official Fars news agency reported. He was met with angry objections and interruptions from a group of lawmakers who briefly pushed him around on the podium and demanded his resignation.

Seif blamed price hikes on "lack of certainty" about the future and said "enemies know the issue and try to use any opportunity" to create trouble for Iran. He also referred to "traces of plotting" by regional Arab rivals, including Saudi Arabia and the United Arab Emirates, without elaborating.

"We are in an economic war and enemies seek to create problems for our economy," said Nobakht.

Iran has long had trouble managing its currency market. In 2012, the government tried to set an official, single rate for the currency but the attempt failed.

A photo of a one-dollar bill with a cartoon of Jahangiri, the vice president, instead of the image of George Washington, circulated on social media in Iran, making fun of the announcement of a fixed exchange rate.