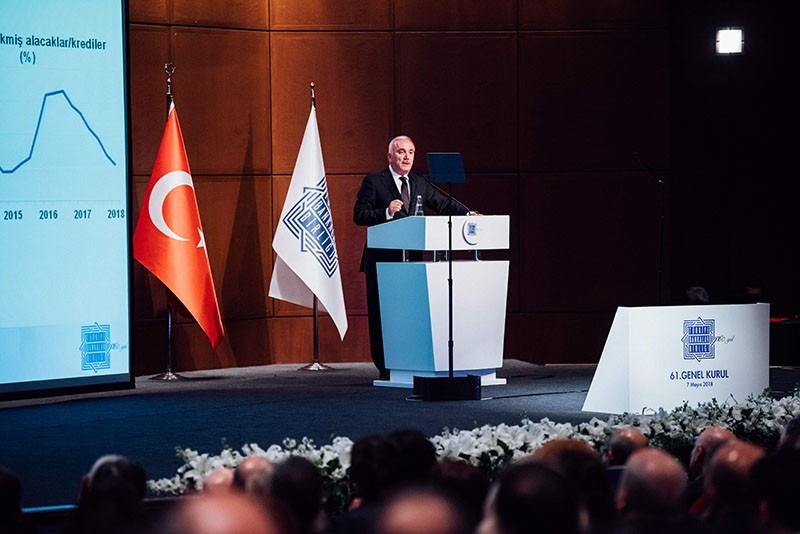 Regarding recent news on loan restructuring demands by some of Turkey's largest corporations amid the rise in the U.S. dollar and euro, Aydın said that the return rate in restructured loans, with 76 percent of the demands coming from corporate loans, is at 80 percent.

"First of all, we do restructuring with those who are willing to pay their debt. Otherwise we never do restructuring with those who don't have a story or projections for the future. We take production, employment and the value of the firm's assets into account while doing this," said Aydın, who is also the general manager of Turkey's largest bank, state lender Ziraat Bank.

He noted that the legal infrastructure of restructured loans should be completed.

The Turkish banking sector has allocated more than the total sum of its deposits and equity capital with loans standing at 124 percent of total deposits as of March 2018, Aydın said, adding that Turkey ranks among the top countries with its share of loans in assets and equities.

The share of corporate loans stand at 78 percent in total loan volume, he said, with small-medium enterprises (SME's) constituting 3 million of the total 3.5 million clients.

BDDK's Akben stated that the banking sector has significantly expanded in the last 16 years with the size of total assets increasing from TL 213 billion in 2002 to TL 3.4 trillion as of March 2018. The sector has grown by 17.8 percent despite global uncertainty and negative market conditions, he said.