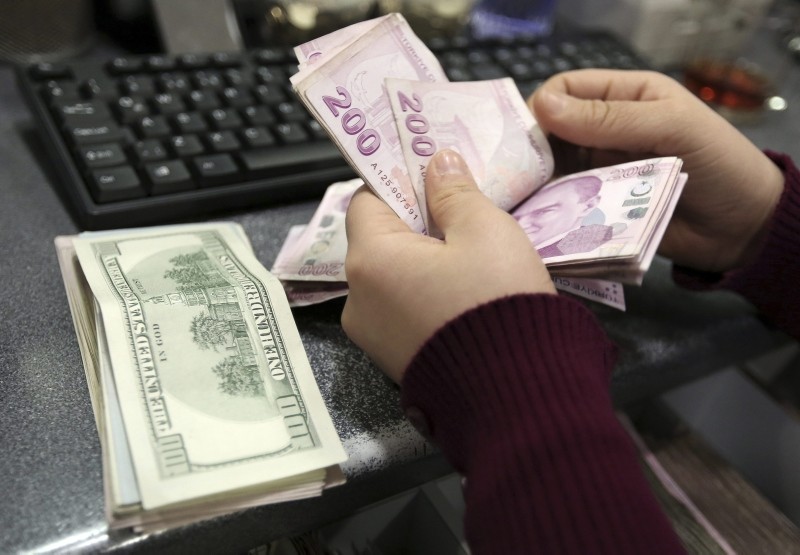 Turkey's fiscal situation could deteriorate quickly without action on the decline of the Turkish lira, international credit rating agency Standard & Poor's said Tuesday as the lira hit new record lows against the U.S. dollar and the euro.

The euro also climbed to a new record high of 5.5.

S&P rates Turkey at BB-, already lower than rivals Moody's and Fitch following a downgrade this month, but one of its most senior sovereign analysts, Frank Gill, told Reuters it could potentially act again if the market rout continued.

Asked whether S&P would reconsider the 'stable' outlook it put on Turkey's rating as part of the downgrade if there was no let-up in the pressure, Gill said "potentially".

"The concern is that the balance of payments situation worsens and that really starts to hit growth and the fiscals pretty quickly, and the banks."

He added that higher oil prices were not being passed on at petrol pumps, meaning that the government's tax income was falling there too, while the large amounts of dollar loans given by the country's banks were becoming more expensive to repay due to the lira's slump.

Turkey does have substantial buffers and a way out of current woes, S&P said, adding that a lot will depend on what the Turkish Central Bank does, if anything.

There is "absolutely a way out of this," if authorities take firm action, Gill added.

The comments came alongside another warning from Fitch on Tuesday, which rates Turkey two notches higher than S&P at BB+.

On May 1, S&P lowered Turkey's sovereign credit rating to BB- from BB, raising outlook to stable from negative.