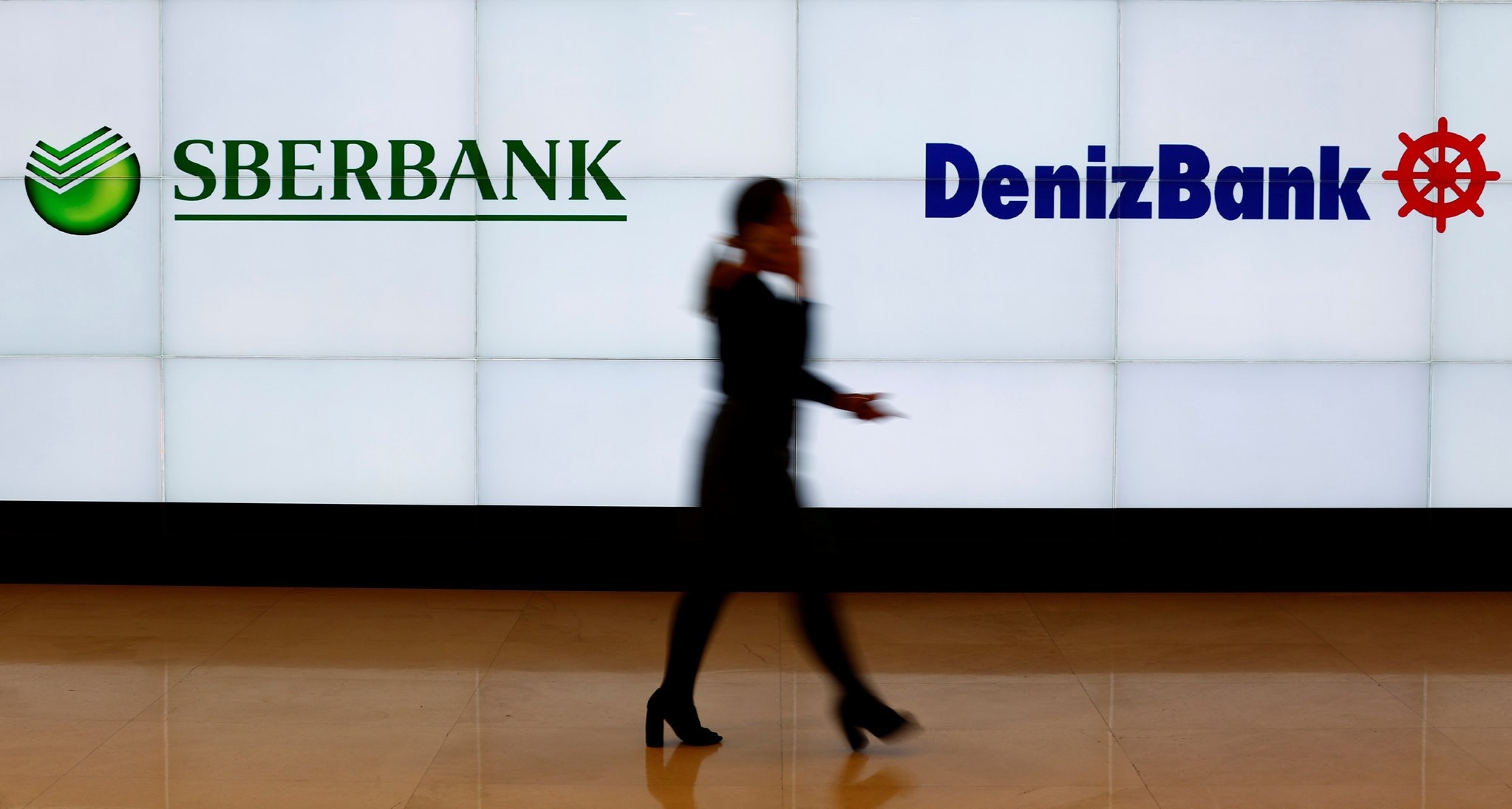 Turkey's banking sector has enjoyed the inflow of foreign investment for almost more than two decades. European and Gulf investors have been acquiring Turkish banks or bringing their brands to Turkey. The latest example of such an investment made headlines yesterday when Russia's largest bank, state-owned lender Sberbank, agreed to sell its entire 99.85 percent stake in Turkey's fifth-largest private bank Denizbank to Dubai's Emirates NBD, according to a joint statement. "In accordance with the signed agreement, the consideration for 99.85 percent equals TL 14.6 billion ($3.2 billion) under a locked box mechanism, based on consolidated equity capital of Denizbank as of Oct. 31, 2017," the statement read.

The closing of the transaction is subject to regulatory approval in Turkey, Russia, the United Arab Emirates (UAE) and other relevant jurisdictions where Denizbank operates. The transaction is expected to close in 2018.

Herman Gref, Sberbank's CEO, said in the statement, "Denizbank is one of the most attractive assets in the Turkish banking sector. We highly value the management team and the results achieved during our ownership of Denizbank since 2012. The decision to sell Denizbank is prompted by a change in Sberbank Group's international strategy and will allow us to focus further on the development of the ecosystem of Sberbank."

Hesham Abdulla Al Qassim, vice chairman and managing director of Emirates NBD, said through the transaction, Emirates NBD will establish itself as a "leading" bank in the Middle East, North Africa and Turkey. He further stated that Emirates NBD supports Denizbank's proven strategy to achieve sustained and profitable growth in its established markets and operating segments, by adequately leveraging its strong and experienced local management and market leading digital capabilities.

Shayne Nelson, group CEO of Emirates NBD, said the transaction represents a "significant milestone" for Emirates NBD and is expected to benefit shareholders in the first year.

Sberbank bought Turkey's fifth-largest lender in 2012 from the failing French-Belgian bank Dexia as part of efforts to expand internationally, but U.S. sanctions imposed after Russia's intervention in Ukraine have crimped that strategy.

Sberbank paid Dexia TL 6.5 billion for Denizbank, which was worth approximately 2.8 billion euros or $3.5 billion at the time.

Denizbank has approximately 11.8 million clients and a network of 708 branches in Turkey. Denizbank equity capital amounts to TL 13.7 billion as of March 31, 2018. Emirates NBD will increase its international presence to 13 markets and international assets will exceed 30 percent of the consolidated post acquisition balance sheet.

Over 20 banks with foreign capital operate in Turkey

European, American and Gulf banks have been interested in the Turkish banking sector for more than two decades, establishing their own branches or acquiring Turkish banks. As a result more than 20 banks with foreign capital operate in Turkey today, according to the data of the Banks Association of Turkey (TBB).

The Bahrain-based Al Baraka Banking Group established its first participation banking initiative in Turkey in 1984 with Albaraka Türk with a currently 54.06 percent stake in the bank.

One of Turkey's largest private banks Yapı Kredi Bank is owned by Koç Financial Services Group, in which Italian UniCredito Italiano SPA has held a 50 percent partnership since 2002. This Turkish-Italian union marked the first entry of foreign capital in the Turkish banking sector in the form of partnership.

In March 2012, Odeabank was established as the full subsidiary of the Lebanon-based finance giant Bank Audi. Currently, Bank Audi has a 76.42 percent stake in the bank. The rest of the shares are owned by European Bank for Reconstruction and Development (EBRD) and International Finance Group (IFC), a subsidiary of the World Bank, and two private investors.

Qatar entered the Turkish banking sector in 2013 when Commercial Bank of Qatar acquired a 71 percent stake in Turkey's Abank, which has recently rebranded itself as Alternatif Bank, for $460 million. At the end of 2016, the bank paid another $224 million to acquire the remaining shares.

In 2015, Qatar National Bank (QNB) reached an agreement with the National Bank of Greece (NBG) to purchase NBG's shares in Turkey's Finansbank. The relevant shares amount to 99.81 percent, and QNB paid 2.7 billion euros to NBG to take over all its shares in Finansbank.

In 2014, BBVA bought and additional 14.89 percent of the bank's shares from Doğuş Group. Lastly, in February 2017, the Spanish lender purchased an additional 9.95 percent shares in Garanti Bank.

The first Chinese bank to enter the Turkish finance sector, International Commercial Bank of China (ICBC) acquired a majority stake in Tekstilbank. ICBC started operating in Turkey on May 20, 2015. The bank was later established as ICBC Turkey in 2015 with equity of TL 420 million and raised this by TL 440 million within a year.

In December 2016, another Chinese lender Bank of China brought in initial capital of $300 million and registered the company in 2017. After completing operational preparations, the bank applied for an operational license to Turkey's Banking Regulation and Supervision Authority watchdog and secured the license in December.