Deutsche Bank to cut over 7,000 jobs to control costs 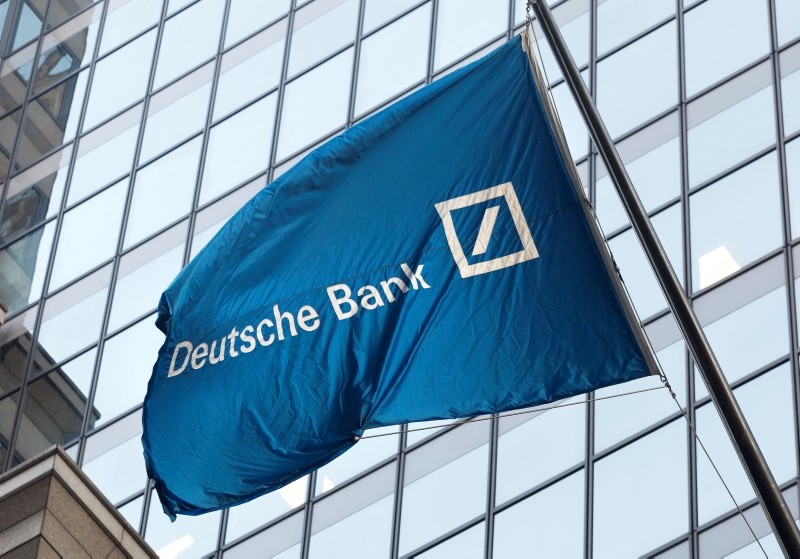 Germany's struggling Deutsche Bank is slashing thousands of jobs as it reshapes its stocks trading operation and refocuses its global investment banking business on its European base.

The bank said Thursday it would cut its workforce from 97,000 to "well below" 90,000 and that the reductions were already "underway."

It said headcount in the stocks trading business, mostly based in New York and London, would be reduced by about 25 percent. Those cuts will cost the bank some 800 million euros ($935 million) this year.

Deutsche Bank has struggled with high costs and troubles with regulators. The bank replaced its CEO in April after three years of annual losses and lagging progress in streamlining its operations.

New CEO Christian Sewing has said the bank would refocus on its European and German customer base and cut back on costlier and riskier operations where it doesn't hold a leading position. Sewing said the bank was committed to its international investment banking operations but must "concentrate on what we truly do well." The new strategy means stepping back from several decades of global expansion in which the bank sought to compete with Wall Street rivals such as Goldman Sachs or JPMorgan Chase.

Sewing replaced John Cryan in April with a mandate to accelerate the bank's wrenching restructuring. It has suffered billions in losses from fines and penalties related to past misconduct. But progress in cutting costs has remained elusive. Sewing on Thursday affirmed the bank's goal to hold costs to 23 billion euros this year and 22 billion next year.

The announcement came hours before Board Chairman Paul Achleitner had to face disgruntled investors at the bank's annual shareholder meeting. The bank's share price has sagged and it paid only a small dividend of 11 euro cents per share last year.

Addressing an audience of several thousands in Frankfurt, Achleitner said Cryan had "set the ball rolling for fundamental change" but later displayed "shortcomings in decision-making and implementation."

"Dear shareholders, you are right to expect the bank and its management to hit the targets it has set itself," he said. "If there are signs those targets are in jeopardy... then we on the supervisory board have to act swiftly and decisively."

The bank's troubles and the turmoil surrounding Cryan's departure have put pressure on Achleitner as well. Cryan was forced to publicly push back against a media report that Achleitner was looking for a replacement, then left to twist in the wind for days before being shown the door. Achleitner brought Cryan to the bank in 2015 and thus in principle shares responsibility for the bank's strategy and performance since then.