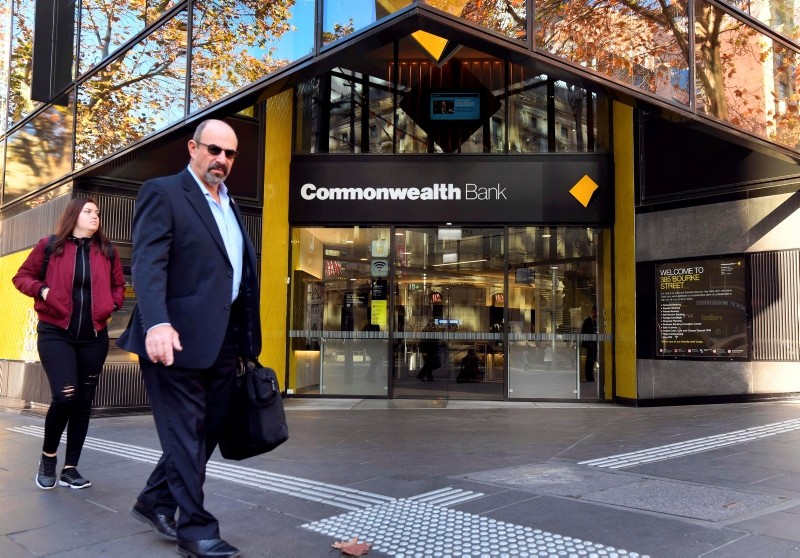 The Aus$700 million (US$530 million) fine -- which is subject to court approval -- comes after mediation between the nation's biggest lender and the country's financial intelligence agency Australian Transaction Reports and Analysis Center (AUSTRAC).

It follows the bank being taken to court last August for "serious and systemic non-compliance" of anti-money laundering laws more than 53,000 times, with AUSTRAC filing 100 further claims in December.

"While not deliberate, we fully appreciate the seriousness of the mistakes we made," said CBA chief executive Matt Comyn in a statement.

"Our agreement today is a clear acknowledgement of our failures and is an important step towards moving the bank forward. On behalf of Commonwealth Bank, I apologise to the community for letting them down."

The bank, which in the fallout has replaced senior leadership overseeing financial crimes and pumped millions of dollars into improving its systems, also agreed to pay AUSTRAC's Aus$2.5 million legal fees.

After slumping more than 10 percent over the past month, during which it admitted losing financial records for almost 20 million customers, CBA's share price rallied 1.44 percent on the settlement to close at Aus$69.69.

The scandal is only the latest issue to damage the reputation of Australian banks, which have been under intense scrutiny amid allegations of dodgy financial advice, life insurance and mortgage fraud, and rigging benchmark interest rates.

Last week, ANZ Bank was accused of "cartel arrangements" over a multi-billion-dollar capital raising, along with its advisers Deutsche Bank and Citigroup. They face potential criminal charges.

The scandals led the government early this year to launch a royal commission into misconduct in the finance industry.

The fine for Australia's largest company appears to be far larger than expected by the bank, which in reporting its half-year cash profit in February said it had put aside Aus$375 million to pay potential penalties.

CBA admitted last year to the late submission of 53,506 reports to AUSTRAC for cash transactions of Aus$10,000 or more at ATMs, blaming a "systems-related error".

It also failed to report 149 suspicious transactions on time, or at all, and breached its obligations to perform checks on 80 suspicious customers.

According to AUSTRAC's 583-page statement of claim, some of the allegations included suspected members of a crime syndicate using fake names and IDs to make separate cash deposits to CBA accounts.

"This very large number of breaches over several years is unacceptable and should never have been allowed to happen."

He said some of the suspicious financial transactions not reported were linked to "the international drug trade" and "may have been associated with terrorism financing".

AUSTRAC chief Nicole Rose said the outcome was a strong message to the financial industry that non-compliance with anti-money laundering and counter-terrorism financing laws would not be tolerated.

"As we have seen in this case, criminals will exploit poor business practices to launder the proceeds of their crimes," she said.

"This has real impacts on the everyday lives of Australians and puts the community at risk by increasing opportunities for terrorists to support attacks here and overseas, and enabling organized crime groups to peddle drugs to our families and friends.

"I hope this result alerts the financial sector to the consequences of poor compliance, and reinforces that businesses need to take their obligations seriously."

AUSTRAC said it would be the largest civil penalty in Australian corporate history if approved by the Federal Court.

The bank's share price rose more than 2 percent to AU$70.20 after the fine was announced.

The government welcomed the agreement.

Home Affairs Minister Peter Dutton said the bank's disregard for its obligations allowed criminals to exploit its systems and put the Australian community at risk.

Treasurer Scott Morrison said that the Australian public expected the financial sector to better protect itself from exploitation by criminals and individuals associated with terrorist groups.

"Complying with the law is non-negotiable, especially when it comes to our largest financial institutions that Australians rely on for their homes and businesses and the government.