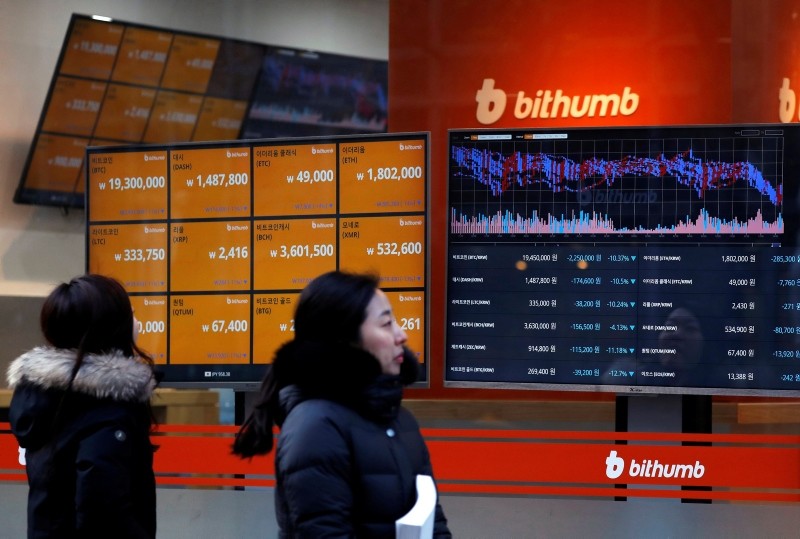 Hackers stole more than $30 million worth of cryptocurrencies from South Korea's top bitcoin exchange, sending the unit's price falling around the world on Wednesday.

The virtual currency was priced at $6,442 dollars late afternoon in Seoul, down about 4.4 percent from 24 hours earlier, after the latest attack on Bithumb raised concerns over cryptocurrency security.

Hyper-wired South Korea has emerged as a hotbed of trading in virtual units, at one point accounting for some 20 percent of global bitcoin transactions -- about 10 times the country's share of the global economy.

Bithumb, which has more than 1 million customers, is the largest virtual currency exchange in the South.

"It has been confirmed that virtual currencies worth 35 billion won ($32 million) was stolen through late night yesterday (Tuesday) to early morning today," the exchange said in a statement.

All deposits and withdrawals were suspended indefinitely to "ensure security", it said, adding the losses would be covered from the firm's own reserves. It did not say which types of coins were lost.

It was the second major attack on South Korean virtual currency exchanges in just 10 days, after hackers stole 40 billion won from Seoul-based Coinrail, which suspended withdrawal and deposits services since then.

Beefing up security on crypto exchanges will be a key in shoring up confidence in the largely unregulated sector that has risen as one of the hottest investment areas.