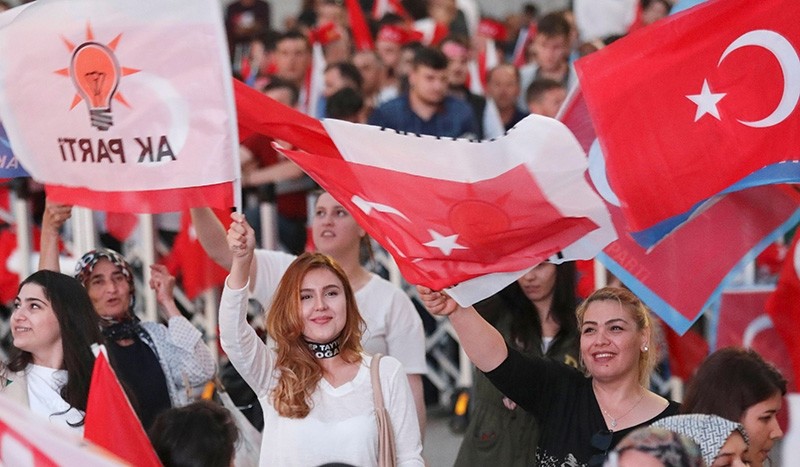 AK Party supporters wave flags in front of the AK Party headquarters in Ankara on June 24, 2018, during the Turkish presidential and parliamentary elections. (AFP Photo)
by Daily Sabah with AA Jun 25, 2018 12:00 am

The Turkish lira strengthened almost 3 percent to level at 4.54 against the U.S. dollar in early Asian trading on Monday as markets welcomed President Recep Tayyip Erdoğan's re-election on hopes of increased political stability.

After 4.68 parity closing on Friday in U.S. markets, the U.S. dollar/Turkish lira parity regressed about 2 percent after Turkish elections.

According to analysts, now that uncertainty in Turkish elections is over, the Turkish lira would gain even more strongly against the U.S. dollar.

Erdoğan garnered more than 52 percent of the votes with more than 98 percent of ballot boxes opened while his ruling Justice and Development Party's (AK Party) alliance with the Nationalist Movement Party (MHP) managed to win the majority in the parliament.