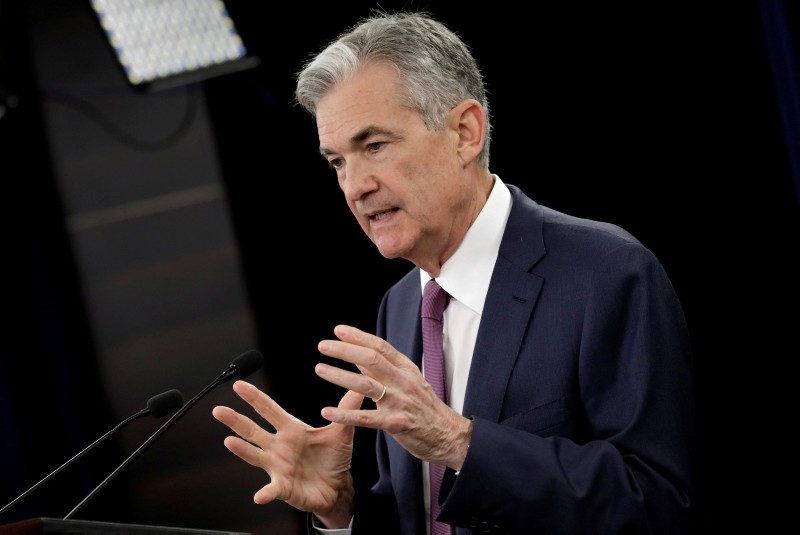 Powell was upbeat about the U.S. economy, noting that job creation remained strong and inflation was right around the Fed's two percent target.

However, he acknowledged that it was "difficult to predict the ultimate outcome of current discussions over trade policy," a clear reference to the aggressive tariff policies adopted by President Donald Trump against China and many U.S. trading partners.

Still, Powell said the Fed's interest rate-setting Federal Open Market Committee was satisfied with the central bank's efforts to get monetary policy back to normal by raising rates and reducing the size of investments accumulated in the wake of the 2008 financial crisis.

"With a strong job market, inflation close to our objective and the risks to the outlook roughly balanced, the FOMC believes that -- for now -- the best way forward is to keep gradually raising the federal funds rate," Powell said in his prepared testimony.

The FOMC increased the benchmark lending rate by a quarter percentage point in March and June, and most economists expect two more rate hikes this year.

The Fed chief will take questions from lawmakers after his testimony, which could provide more details on his thinking about threats to the economy.

Despite strong growth and recent gasoline price increases, the Fed chair also was sanguine about the inflation picture, saying the rate had risen gradually after remaining stubbornly low but had not accelerated too fast.

The central bank's preferred inflation measure rose 2.3 percent in the 12 months ended in May, up from 1.5 percent a year earlier.

Powell said policymakers would watch inflation indicators closely, aware that raising interest rates too slowly could allow prices to rise too quickly, while hiking too aggressively could weaken the economy.

The economic recovery has supported strong job gains, averaging 215,000 a month in the first half of 2018, "a good deal higher than the average number of people who enter the work force each month," he said.

And the unemployment rate of 4.0 percent is near the lowest in 20 years, and arguably meeting the Fed's full employment objective.

And he noted that the number of people in the workforce had remained stable, which is "a sign of labor market strength," given the retirement of baby boom generation which is taking workers out of the labor force.

Still wage growth has been sluggish and has not yet recovered to pre-crisis levels, he said.

"On a brighter note, moderate wage growth also tells us that the job market is not causing high inflation," Powell said.