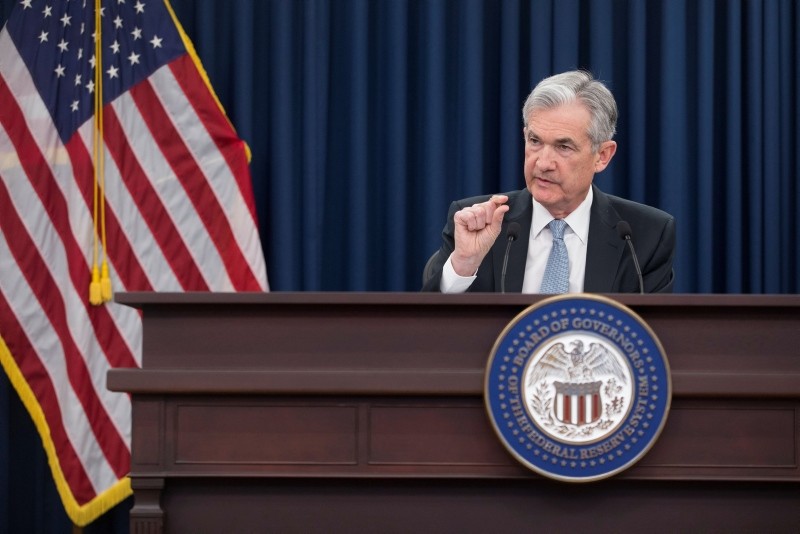 With one more U.S. inflation report to digest Tuesday, the Federal Reserve is expected to hold off on the next interest rate increase for another six weeks.

The Fed opened a two-day policy meeting on Tuesday, and amid booming U.S. growth and signs prices are rising steadily, policymakers are expected to continue to gradually raise the benchmark lending rates to keep the economy on an even keel.

The Fed's preferred price index held steady in June near a six-year high, just above the Fed's two-percent target, but energy and goods prices fell for the month.

That will give the Fed comfort about its plans to continue to dial back the stimulus in the economy this year. The central bank hopes to prevent the economy from overheating amid the long-awaited return of inflation, falling unemployment and vigorous GDP growth.

But that course is drawing stiff public rebukes from President Donald Trump who has used Twitter and cable television to complain higher interest rates undermines his economic growth agenda.

Observers warn that such public criticism could prompt the central bank to raise rates more aggressively to prove to markets it remains independent of political pressure, but for now it is expected to hike in September and December.

The Fed closely watches prices for consumers, and in particular the Personal Consumption Expenditures price index, which rose 2.2 percent compared to June of last year, the Commerce Department reported Tuesday.

That was the same annual inflation rate in May, which was revised down by a tenth from a six-year high. But excluding the volatile food and fuel categories, which see big swings from month to month, the "core" PCE held steady at 1.9 percent for the third month in a row.

The Fed has made clear that it is comfortable with inflation a little above or below its two percent target.

For the latest month, the PCE index rose 0.1 percent compared to the prior month, a tenth of a point slower than May, as goods and energy prices both fell 0.1 percent.

Meanwhile, consumer spending growth slowed for the second month in a row, rising 0.4 percent, or $57.1 billion, in June. The biggest beneficiaries of increased spending were restaurants and hotels.

The Commerce Department last week reported that the economy grew at a 4.1 percent clip in the second quarter, the fastest in almost four years, but some of the increase is expected to be temporary which is unlikely to add much pressure on the Fed to increase interest rates.

However, in a separate report on Tuesday, the Labor Department said wage increases gained pace for the third month in a row, rising 2.8 percent from June of last year, while employee benefits rose 2.9 percent.

"The rate of acceleration is modest, but the upward trend is real, and most policymakers won't want to see numbers much in excess of 3 percent unless they see real evidence of a sustainable pick-up in productivity growth," Ian Shepherdson of Pantheon Macroeconomics said in a note.

For now, he said, "the rate of increase in labor costs is no threat to inflation."