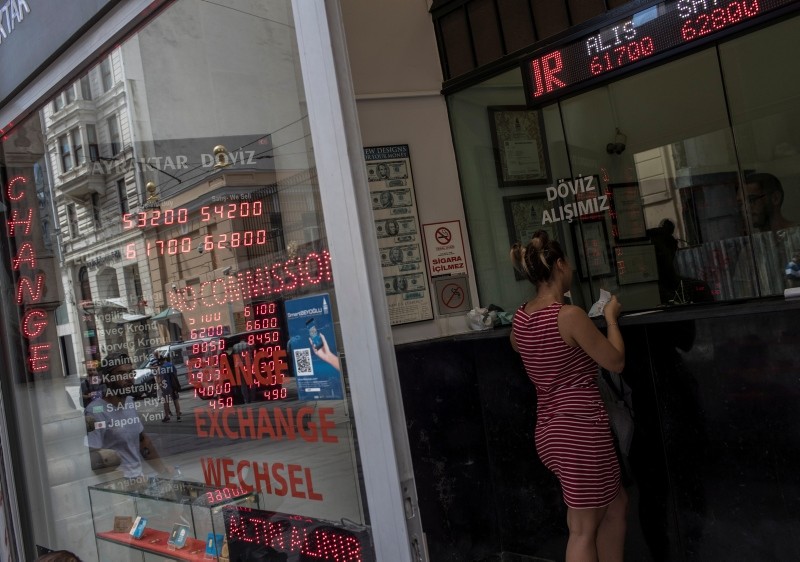 The Turkish lira is expected to gain over 3.5 percent to 5.10 in 12 months, but a rebound from this year's downturn seems unlikely before 2019 for emerging-market currencies due to rising trade tensions and the prospect of higher interest rates in major economies, a Reuters poll found on Thursday.

Among 32 foreign exchange strategists polled in the past week, 13 said the search for yield could become a driving factor for currency trades once again in six to 12 months. Seven said it would take more than a year.

Emerging-market currencies have been weakened by a stronger dollar most of this year. The Argentine peso and Turkish lira, for example, have both lost more than 40 percent in value in the past six months.

However, South Africa's rand is expected to gain over two percent to 13.05, and the oversold and volatile Turkish lira by around 3.5 percent to 5.10.

"I do not think that emerging markets in general will broadly recover in the second half of the year, as the outlook is still so uncertain," said Christopher Shiells, emerging market analyst at Informa Global Markets.

Trade tensions between the world's two biggest economies, the United States and China, weighed heavily on emerging market currencies that rely on inflows to close the gap on deficits created by higher imports over poor exports.

Turkey's lira and Chinese shares - the two main pressure points for emerging markets in recent months - were dragged back into the red on Wednesday by souring relations with the United States.

In the latest move by U.S. President Donald Trump against Beijing, Washington is set to begin collecting 25 percent tariffs on another $16 billion in Chinese goods on Aug. 23.

This global backdrop has added to already-notable domestic pressures.

"As long as the major central banks will tighten their monetary policies with global tensions still present, it will be useless for investors to go towards riskier assets," said Castelain Julien, currency strategist at Natixis.

Argentina has been a remarkable example.

Even a 40 percent benchmark interest rate has not been enough to stem currency outflows from the country, whose inflation rate is hovering at 25 percent.

The currency rout drove the central bank to repeatedly sell dollars, while policymakers turned to the International Monetary Fund for a $50 billion stand-by financing deal. The peso is still likely to weaken an additional 11 percent, according to a Reuters poll.

Manufacturing Purchasing Managers' Indexes are pointing to a broader emerging-market slowdown, and another blow-up in the Turkish lira and political risk increasing in South Africa has led to contagion concerns, Informa's Shiells said.

South Africa's rand began the year on optimism that incoming President Cyril Ramaphosa would be friendlier to markets and business. But economic growth has been disappointing since then.

A decision by the ruling African National Congress to push ahead with plans to amend the constitution for the expropriation of land without compensation pushed down the rand versus the dollar last week before it recovered somewhat.