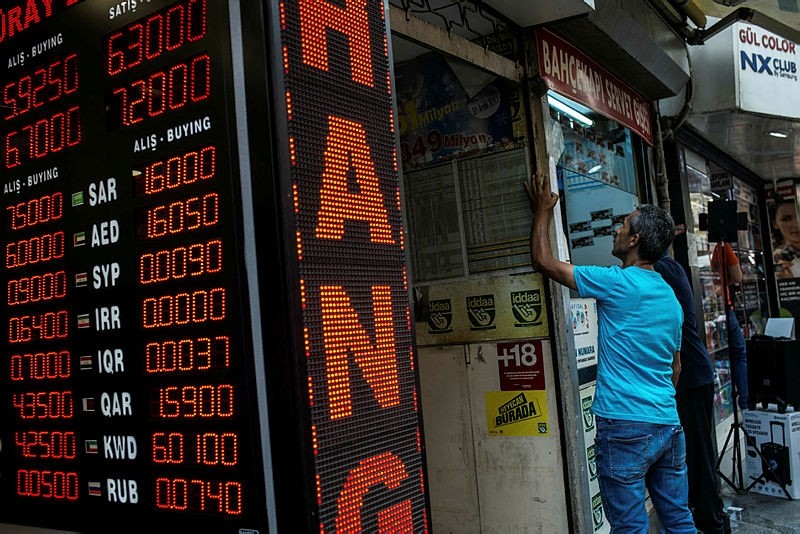 Turkey's Banking Regulation and Supervision Agency (BDDK) said early Monday that foreign exchange swap operations have been limited as the finance minister said "an action plan" to ease market concerns over the fluctuation of the Turkish lira is underway.

According to the statement released after midnight, the BDDK said spot transactions, forex swap and forward exchange operations cannot exceed 50 percent of banks' capital, and new transactions will not be made until these overruns are eliminated.

The banking watchdog said due operations will not be renewed and the agreed limit will be calculated daily on solo and consolidated basis.

Meanwhile, Turkey's Finance Minister Berat Albayrak said that the government has prepared "an action plan" aimed at easing market concerns that have led to a slump in the value of the nation's currency.

In an interview with the newspaper Hurriyet, Albayrak also said the government had no plans to seize foreign currency deposits or convert deposits to the Turkish lira.

"All our precautions and actions plans are ready," he added, without elaborating.

The Turkish lira dropped sharply against the U.S. dollar in recent weeks amid a diplomatic row between Ankara and Washington over the detention of terror-linked American pastor Andrew Brunson, as U.S. President Donald Trump announced doubling of tariffs on Turkish steel and aluminum.

The currency's value has fallen more than 40 percent since the start of the year and was trading at 6.89 to the dollar at 12:45 a.m. local time.

President Recep Tayyip Erdoğan said Turkey will not bow to economic threats and warned it would start looking for new friends if the U.S. continued with its unilateral actions against a NATO ally.