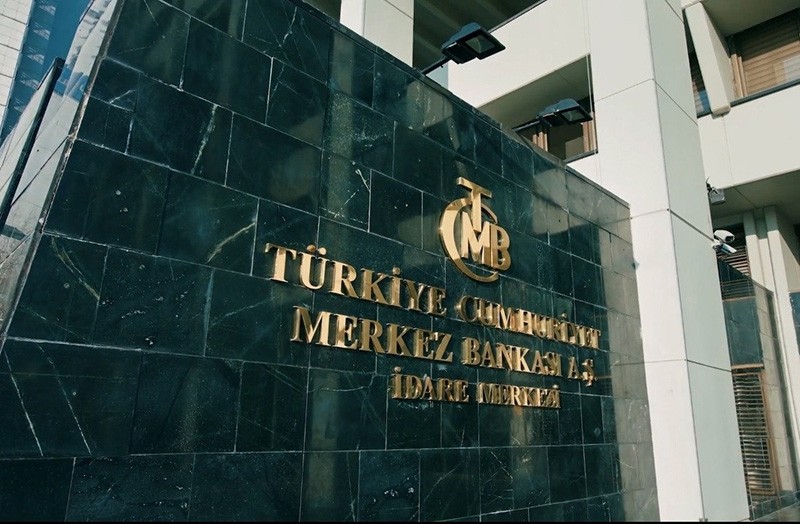 The Central Bank of the Republic of Turkey (CBRT) Monday introduced measures on the Turkish lira and the foreign exchange market (FX) liquidity management.

The CBRT said the measures were introduced "to support financial stability and sustain the effective functioning of markets."

The bank said it will provide all the liquidity needed by banks and closely monitor markets and prices, while raising collateral FX deposit limits for lenders' lira transactions from 7.2 billion euros ($8.2 billion) to 20 billion euros.

"As cited in the Monetary and Exchange Rate Policy Text for 2018, when deemed necessary, in addition to one-week repo auctions, which are the main funding instrument of the Central Bank, traditional repo auctions or deposit selling auctions may be held with maturities no longer than 91 days," the bank said in a statement.

"For the days with relatively higher funding need, more than one repo auction may be conducted with maturities between six and 10 days."

The CBRT will also allow banks to borrow FX deposits in one-month maturity in addition to one-week maturity.

"Banks' current foreign exchange deposit limits of around $50 billion may be increased and utilization conditions may be improved if deemed necessary," the statement said.

"In addition to U.S. dollars, the euro can be used for the maintenance against Turkish lira reserves under the reserve options mechanism," the bank said.

The CBRT will provide TL 10 billion ($1.5 billion), $6 billion and $3 billion equivalent of gold liquidity to the financial system.

Turkey's Banking Regulation and Supervision Agency (BDDK) said earlier yesterday that foreign exchange swap operations have been limited as the finance minister said "an action plan" to ease market concerns over the fluctuation of the Turkish lira is underway.

According to the statement released after midnight, the BDDK said spot transactions, forex swap and forward exchange operations cannot exceed 50 percent of banks' capital, and new transactions will not be made until these overruns are eliminated.

The banking watchdog said due operations will not be renewed and the agreed limit will be calculated daily on solo and consolidated basis.

Meanwhile, Turkey's Finance Minister Berat Albayrak said that the government has prepared "an action plan" aimed at easing market concerns that have led to a slump in the value of the nation's currency.

In an interview with the newspaper Hürriyet, Albayrak also said the government had no plans to seize foreign currency deposits or convert deposits to the Turkish lira.

Following the a series of measures by Turkish financial authorities, Turkey's İşBank General Manager Adnan Bali said on private broadcaster BloombergHT that the precautions will generate positive results for the TL-denominated assets in the markets.

Turkish Economy Bank (TEB) General Manager Ümit Leblebici said, "We are beginning to see that the measures taken BDDK and the central bank are working.

Evaluating the recent developments, Leblebici stated that the markets have begun to see that the measures taken are working.

Pointing out that the stabilization of the exchange rate has started in the market, Leblebici said, "Generally, our people do not have a purchasing demand for the exchange rate. We are starting to return to normal flow. The necessary precautions to be taken on this will be edited and taken by the BDDK and the central bank. We expect the market to return to normal within a few days."

Leblebici said the allegations of withdrawing deposits from banks are not true, stressing that everybody could have a small claim but that they have not seen a general demand. "The indication that the banking sector is sound is that if you get the mandatory return in the central bank gross reserves, we have enough reserves to cover most of the incoming foreign exchange account demands," Leblebici said. "For that reason, there is nothing to worry about. There is no problem on the TL side. The system has the capacity to easily respond to such speculative attacks." Berat Albayrak said Turkey would start implementing an economic action plan Monday following falls in the lira.