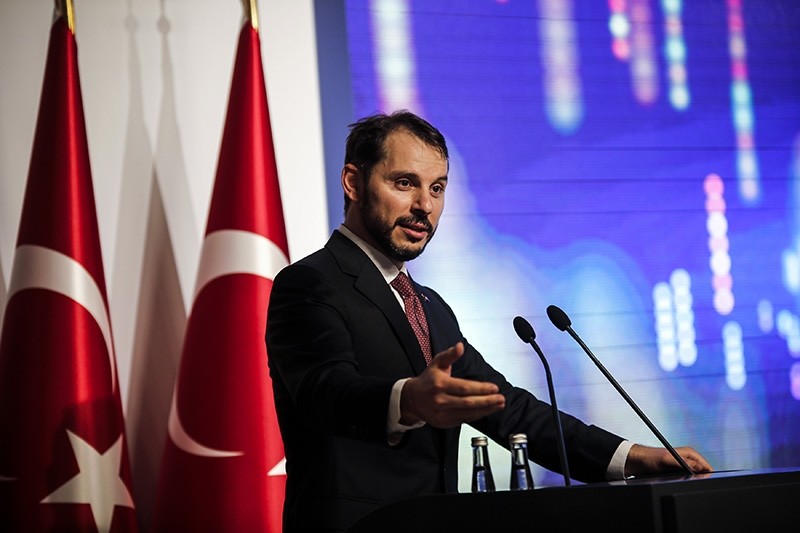 Turkey will take "a step-by-step look" at its regulations to reduce the foreign exchange risk to companies, Minister of Treasury and Finance Berat Albayrak said Tuesday.

"When the dollar turns into a tool of political punishment, we will continue to take steps to protect the Turkish lira even more strongly in international trade," Albayrak said.

The minister said Turkey is continuing with its "strong step-by-step path," making "all kinds of preparations from A to Z."

"We will see that our Turkish lira will be even stronger," he added.

The lira strengthened against the dollar on Tuesday after actions by the Central Bank of the Republic of Turkey (CBRT) and reassurances from the government.

On Tuesday, the dollar tumbled more than 5 percent to 6.4591 against the lira after opening the day at 6.8839, and the country's benchmark stock exchange index BIST-100 surged by 1.1 percent.

The CBRT on Monday moved "to support financial stability and sustain the effective functioning of markets," introducing measures on the Turkish lira and the foreign exchange market (FX) liquidity management.

Albayrak also announced Tuesday that he would hold a conference call with investors from the United States, Europe and the Middle East on Thursday.