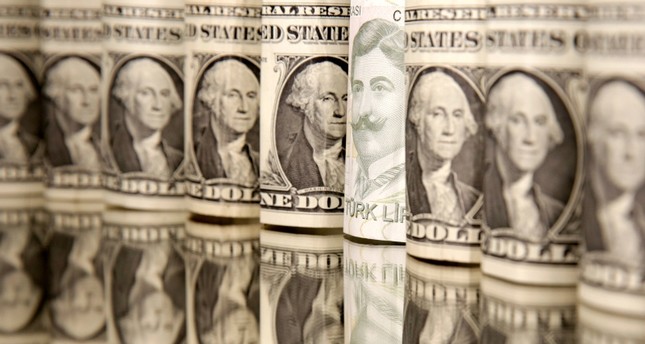 The Turkish lira strengthened against the dollar on Friday as a cut in taxes on lira bank deposits helped rein in losses from a day earlier, when central bank's deputy governor Erkan Kilimci's departure from the bank was made public.

Three sources told Reuters that Kilimci, also a rate-setter, was departing, two weeks before the bank's monetary policy committee meets to address a slump in the lira.

The currency strengthened by some 2.1 percent following the move, trading at 6.51 against the dollar, rebounding strongly from an overnight low of 6.8994. Turkish markets were closed for a public holiday on Thursday, but the lira continued to trade offshore.

The currency found support from a decision announced in the Official Gazette to lower the level of withholding tax on lira bank deposits, while raising the level on foreign currency deposits of up to one year.

The level of withholding tax on lira bank deposits of more than one year was decreased from 10 percent to zero.

Also, the tax on foreign exchange (forex) deposits of up to one year was raised to 16 percent from 15 percent. The Official Gazette said the changes will be in effect for three months.

"It appears to be a step taken to make lira deposit usage more attractive and to make a move from forex to lira deposits 'profitable'," said TEB Investment/BNP Paris strategist Işık Ökte.

"More actions will be taken by the authorities to reduce short-term USDTRY (dollar/lira) volatilities."

Later in the day, the Central Bank of the Republic of Turkey (CBRT) announced that in addition to the TL-settled forward FX sale transactions held at the central bank, transactions will also be conducted at the Derivatives Market (VIOP) operating under the country's stock exchange Borsa Istanbul (BIST) to contribute to the effective functioning of foreign exchange markets.

The CBRT and the banking watchdog, the Banking Regulation and Supervision Agency (BDDK), have taken a series of measures to try to prop up the currency since its recent slide began, although it has not raised interest rates since early June.

The central bank was not available for comment on Thursday on Kilimci's departure. Kilimci is joining the board of the Development Bank of Turkey, according to a document from that bank. President Recep Tayyip Erdoğan will appoint his replacement.

"Kilimci had no disagreements with the central bank administration on any issues - including interest rates. His expertise will be employed at another public position, that's all," a senior source told Reuters.

Shares in state lender Halkbank rose 3.5 percent after it said it was launching a share buyback programme with a maximum amount of 450 million shares. A similar move came a week earlier from the country's largest private lender İş Bank.

Share on Facebook Share on Twitter
Previous in Finance One of the largest financial corporations in the world, HSBC is holding... Next in Finance Treasury and Finance Minister Berat Albayrak vowed Friday that the...
DAILY SABAH RECOMMENDS