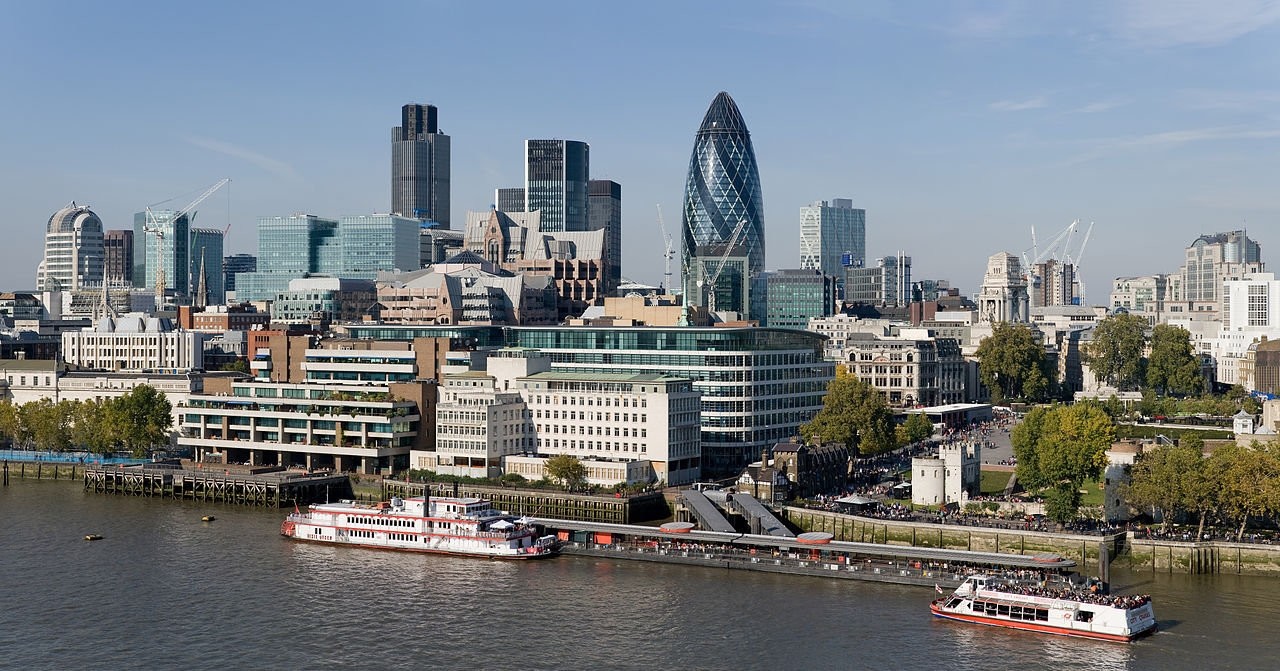 A view of London, a leading finance center and home to headquarters of many global financial corporations operating across Europe.
by Associated Press Sep 12, 2018 12:00 am

Despite the warnings of job losses in the financial sector in the aftermath of Brexit, leading bankers argue that the sector will be affected more by other developments than Brexit and London will make great efforts to retain its position as a financial hub

Leading bankers sought yesterday to downplay the immediate impact of Brexit on London's role as the hub of the financial services industry in Europe and on jobs.

Addressing lawmakers on the influential Treasury Select Committee, they said the industry has in recent years dealt with bigger issues than Britain's looming exit from the European Union (EU). And looking ahead, too, they said developments surrounding digitization will be more important.

James Bardrick, the head of Citi UK and CEO of Citigroup Global Markets, said London will remain the bank's regional headquarters and the base for many of its global product groups, such as foreign exchange.

"I want to make sure that everybody understands that the Europe element of this is very significant, it's important, but it's not everything," he said.

In the immediate aftermath of Britain's vote to leave the EU in June 2016, many experts had warned that Britain's financial services industry - a huge tax source for the government - would see hefty job losses as businesses relocated to continental Europe, to places like Dublin, Frankfurt and Paris, to retain benefits related to Europe's single market.

However, the number of jobs lost has not matched the doomsday predictions and with just six months to go until Britain officially leaves, there are few signs that banks are panicking.

"There's no question this has been an unsettling event but our industry is in a state of constant flux," said Mark Garvin, vice chairman of JPMorgan's corporate and investment bank divisions. "We have been involved in far more significant tumult than this (Brexit)."

Garvin said the jobs of only a small minority - "in the hundreds" - out of JPMorgan's 16,000-strong staff in the U.K. will be affected by Brexit. He nevertheless urged those involved in the negotiations to make progress.

"Uncertainty makes everyone very uncomfortable so from the staff's standpoint they really want to know where they stand," he said.

Garvin's boss, CEO Jamie Dimon, had recently said that around 4,000 people could be affected, and Garvin said that was possible.

"We just don't know what will happen in the future," he said. "Our staff count and activities will be very much a function of the settlement that is arrived at ... There is clearly a scenario where actually one does envisage that kind of outcome."

London will retain advantages as a financial hub even if Britain crashes out of the EU without a deal on future relations.

It can boast of the use of English, the world's main business language, as well as long-standing legal norms, a skilled and experienced financial industry labor force, and a web of support services.

Whatever Brexit deal may eventually be struck, it seems likely that U.K.-based financial firms will lose their so-called "passporting rights" that give them automatic right to operate across the 27 other EU countries.

In a recent paper laying out its vision of Britain's post-Brexit future, the government effectively scaled back its ambitions for the financial services sector by abandoning a mutual recognition scheme as well its accepting the end of passporting.

Kevin Wall, CEO of Barclays' Irish division, said he hoped for a bespoke deal between Britain and the EU that would be "as close as possible to passporting."

Wall also said he hoped EU regulators would match their counterparts in the U.K. in offering "temporary permissions" for U.K. firms to work in the EU after Brexit for a certain period of time while they seek relevant authorizations.

"There's certainly an asymmetry at the moment, and it would be welcome if the asymmetry became a symmetry," he said.