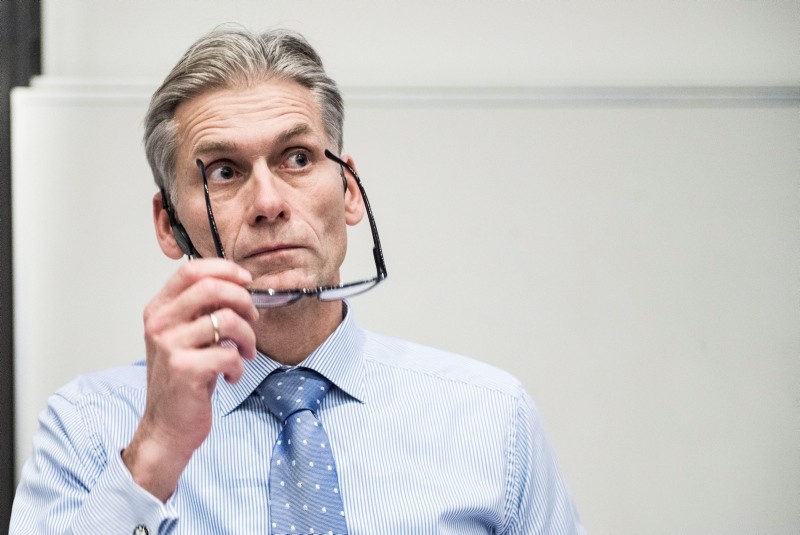 The chief executive of Denmark's largest bank resigned Wednesday after an internal report into allegations of massive money laundering via an Estonian subsidiary showed that "the vast majority" of transactions were deemed to be "suspicious."

The findings, published Wednesday in an 87-page report, show that billions moved through the unit in Estonia, which like its Baltic neighbors Latvia and Lithuania, is a member of the European Union and NATO.

Danske Bank said the probe analyzed 6,200 customers and found "the vast majority have been found to be suspicious." However, it noted that did not mean that all payments — some 200 billion euros ($235 billion) in the period 2007-2015 — were suspicious.

Though cleared personally, CEO Thomas Borgen said he thought it was the "right thing for all parties" for him to resign

"I should have been more engaged in the Estonian business from the beginning," said Borgen, who joined the Copenhagen-based bank in 1997 and became its CEO in 2013.

"And I should have launched this investigation earlier."

The investigation by a Danish law firm outlined "a series of major deficiencies in the bank*s governance and control systems."

The first warnings came to light in 2007, Ole Spiermann, the lawyer who headed the probe, told a news conference.

Kilvar Kessler, chairman of Estonia's financial watchdog Finantsinspektsioon, said the audit provided "clear evidence of the extent of the deficiencies that existed at the bank."

Danske's problems in Estonia have raised further questions over the banking practices in the Baltics. Concerns have centred on the banks' push to serve "non-resident" clients, mainly Russian ones in the case of Danske Bank's Estonia branch.

"There is no doubt that this has tarnished our reputation," Ole Andersen, Danske's bank's board chairman, told reporters.

The practice of serving non-resident clients has been common among Baltic banks especially in Latvia, which has for years been at the center of various banking scandals, including money laundering, after it became a hub for money from Russia and eastern European states like Ukraine.

Concerns over the Latvian banking sector have caught the eye of U.S. authorities in particular, who have worried that dirty money flows can assist those looking to evade sanctions or finance terrorism.

Erki Kilu, the head of the Estonian Banking Association, told reporters in Tallinn that Danske's case has badly damaged Estonia's banking reputation and his organization would need to work hard to regain that trust.

Kilu said the number of Estonian non-resident banking clients has decreased "remarkably" in the past three years due to tightened regulations, halving the amount of non-resident deposits to around 10 percent of total deposits.