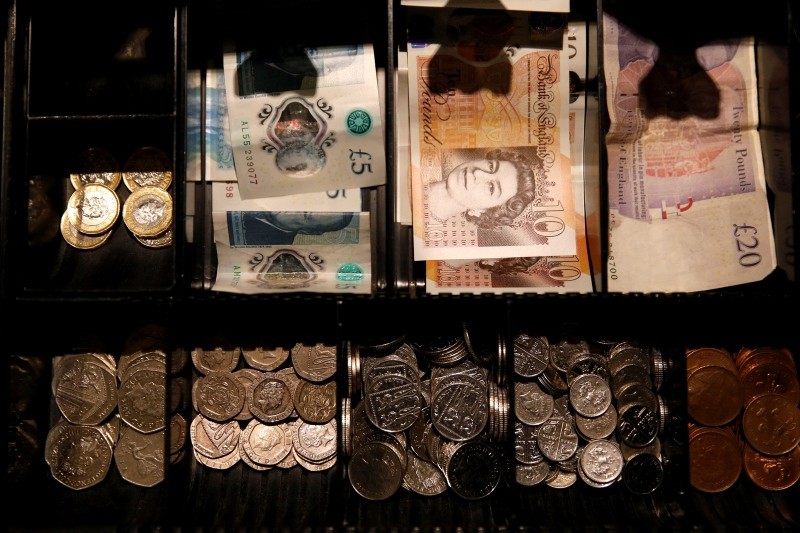 The British pound skidded lower on Friday after European Union leaders warned Prime Minister Theresa May she must give ground on trade and the Irish border by November to clinch a Brexit agreement.

After a recent run of gains, which had pushed the pound to its highest since mid-July, sterling succumbed to selling pressure as traders reassessed their optimism that Britain can secure itself a trade deal before it leaves the EU.

May is racing to get the EU to sign up to her plans for life after Brexit in March next year but EU leaders sharply criticized her so-called Chequers blueprint.

The two sides remain divided over how to ensure that the border between Northern Ireland, part of the U.K., and EU member Ireland remains open after Brexit, one of the biggest hurdles to agreeing a Brexit deal.

"This is seen as a major setback for May, ahead of next week's party congress where she is expected to be pressured from internal critics (pressing) for a harder exit," SEB analysts wrote in a research note.

Sterling has lurched higher and lower on almost every Brexit headline in recent weeks, although Friday's drop was relatively measured.

Many currency market analysts remain confident that the two sides will agree a deal given both Brussels and London have much to lose if Britain crashes out the bloc without an arrangement for trade after a departure date of March 29, 2019.

But that hasn't stopped many investors from hedging against more weakness in the currency should negotiations with the EU break down, keeping sterling under pressure.

Against the euro, sterling slid 0.6 percent to 89.320 pence. The pound was also the only notable loser against the dollar, weakening nearly 1 percent to $1.3179 away from the two-month highs of $1.3295 hit on Thursday.