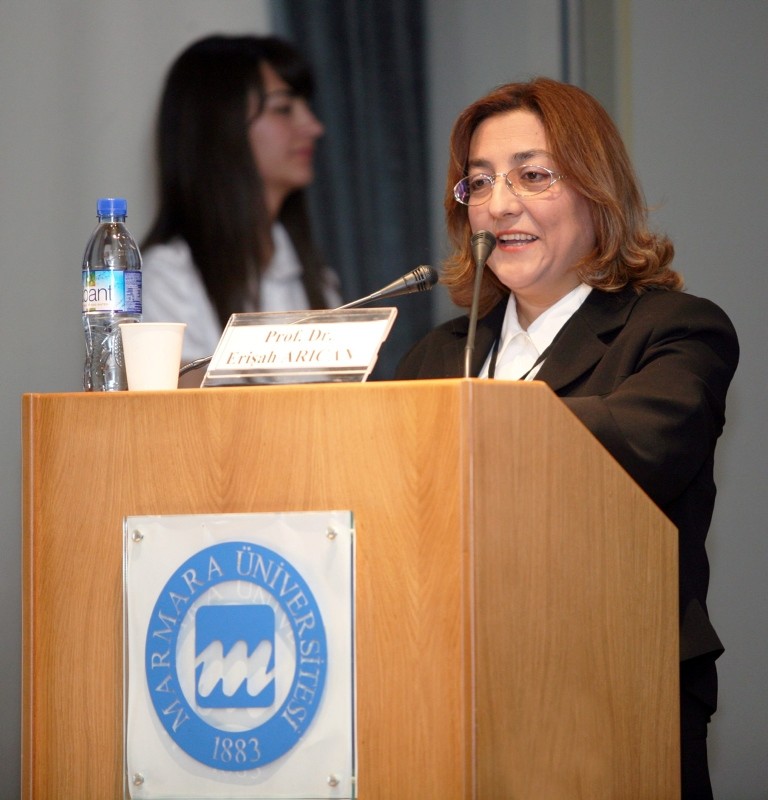 Turkey's main stock exchange will be run by a woman for the first time in history as the general assembly of Borsa Istanbul (BIST) voted Professor Erişah Arıcan for the top post on Thursday.

Arıcan, who has served on the managing board of the BIST since April 2016, was recently appointed as a board member of the Turkey Wealth Fund (TWF).

Arıcan also serves as the banking department chair at the Banking and Insurance Institute of Marmara University. She began her academic career at the same university in 1988, obtaining her doctorate in 1991. Arıcan became an associate professor in 1999 and professor in 2005.

She is married and has two children.

Former Chairman Himmet Karadağ had resigned from his post on Aug. 15 after he was appointed as a board member for state-owned lender Halkbank.