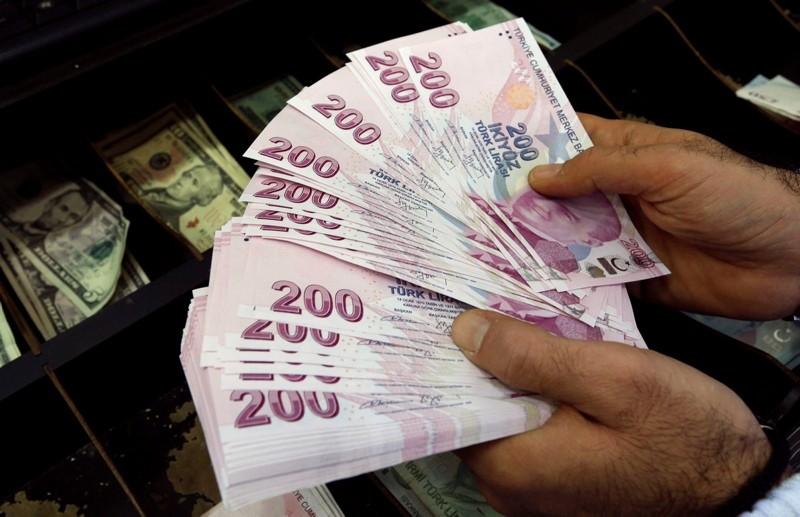 The Turkish lira jumped to a two-month high Monday on hopes of a thaw in relations between Ankara and Washington.

Meanwhile, Turkey's BIST 100 stock index rose 2.04 percent, led by a rally in banking shares ahead of a central bank meeting next week.

One ounce of gold was sold for $1,225.00 at Monday's close in Borsa Istanbul's Precious Metals and Diamond Markets, while the price was $1,221.00 at the previous close.

The lira's gain corresponded with the release and return of U.S. pastor Andrew Brunson, offering relief to the currency that has shed more than 35 percent in value this year.

The average U.S. dollar/Turkish lira exchange rate was 6.04 during the first two weeks of October, 6.38 last month, and 5.74 in August.

Hosting Brunson in the White House, U.S. President Donald Trump said his release was "a tremendous step" in American-Turkish relationship.

"We have a chance of really becoming much closer to Turkey, and maybe even having a very, very good relationship," Trump said.

Turkey and the U.S. have been locked in a heated crisis over Brunson, as Washington levied sanctions on Interior Minister Süleyman Soylu and Justice Minister Abdulhamit Gül and doubled tariffs on Turkish steel and aluminum imports over the detention of the American pastor.

The charges against him included spying for both FETÖ and the PKK, a group recognized as terrorist by the U.S. and EU, which is responsible for some 40,000 deaths in Turkey, including women and children.