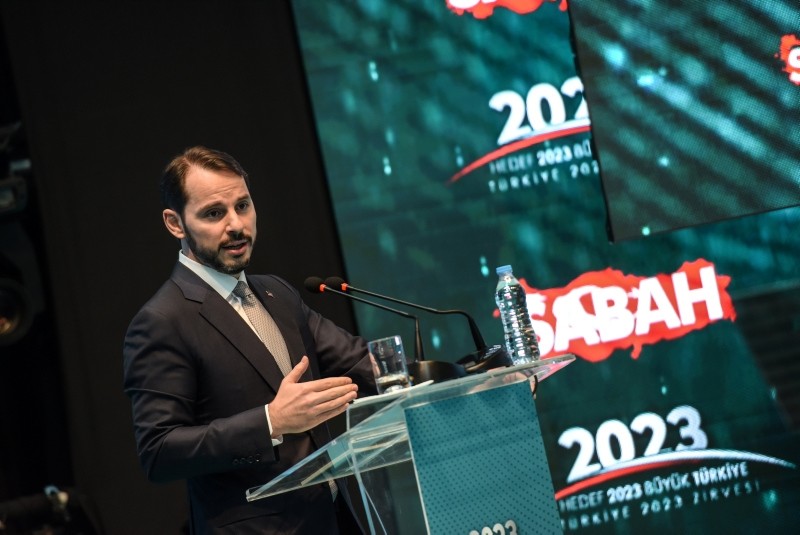 High demand for Turkish bonds is a sign of confidence in the Turkish economy, Treasury and Finance Minister Berat Albayrak said Wednesday.

"[The demand] is a demonstration of the international markets' confidence in Turkey. The measures we have taken and the New Economic Program (NEP) received a strong (positive) response from global financial circles," Albayrak said.

He added that the demand also confirms the robustness of Turkey's economic basis and resilience to external shocks.

The minister expressed confidence that the global markets' trust in the Turkish economy will rise and the country's macroeconomic indicators will improve greatly.

"Step by step we will implement our growth policies based on key areas, including combating inflation, budget discipline, economic balancing, exports and technology production," Albayrak said.

"As part of the 2018 external borrowing program, the Ministry of Treasury and Finance has mandated Deutsche Bank, Goldman Sachs, and Societe Generale for the issuance of a dollar-denominated bond due 2023," the ministry said in a statement.

The transaction was finalized with a nominal amount of $2 billion, it said.

"With this transaction, the amount of funds that has been raised from the international capital markets as part of the $6.5 billion 2018 Eurobond issuance program has reached $6 billion," the statement added.