Venezuela to snub dollar in favor of yuan, euro 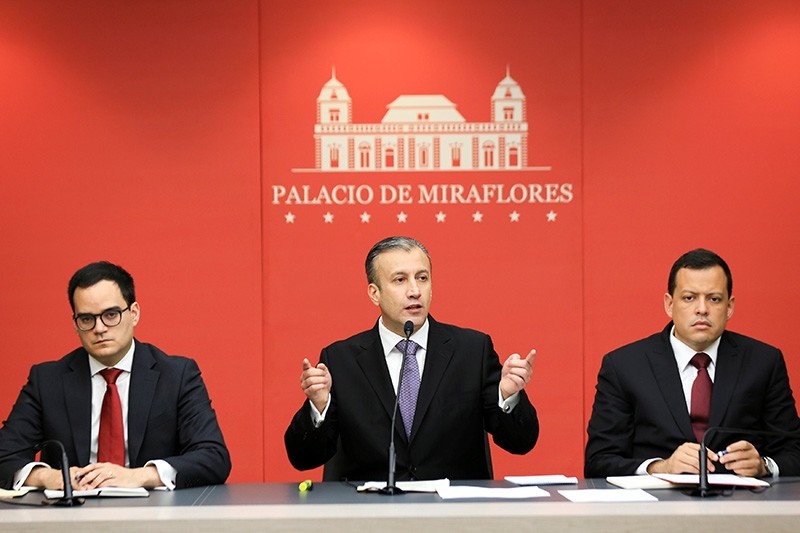 Venezuela will exclude the U.S. dollar from its official exchange transactions, which will favor the yuan and the euro, the country's economic vice president said Tuesday.

Tareck El Aissami said the U.S. dollar had been used as a weapon of attack against the Venezuelan economy, and government auctions of foreign exchange would now use euro, yuan and other hard currencies.

The government will also inject $2 million euros ($2.3 million) into the exchange market in November and December, El Aissami said.

He called U.S. financial sanctions on Venezuela "illegal, arbitrary and contrary to international law," adding that Caracas would not hide behind such an excuse and would not surrender.

The "economic blockade" extends beyond the public sector to agribusiness and pharmaceutical companies which "had their accounts closed and were prohibited from doing transactions in dollars," the vice president added.

"This is to see how far the madness of imperialism comes," he said.

El Aissami called out U.S. hypocrisy in imposing sanctions while talking about helping the Venezuelan people.

"I announce here: the best help they can give to the people of Venezuela is to remove the clutches, killers and criminals of imperialism from the country. Let them free us. We will not be the new colony of anyone," he said.

Over the past two years the Trump administration has sanctioned dozens of individuals, including Venezuelan President Nicolas Maduro, and has tried to build support for sweeping oil sanctions against the major OPEC nation.