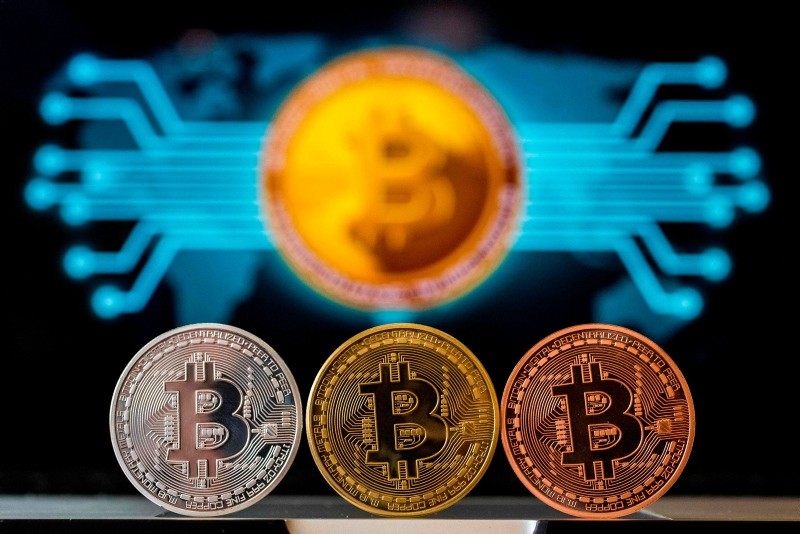 Bitcoin continued plunging Tuesday, falling another 9 percent to below $4,500, knocking off nearly a third in value of the world's best-known cryptocurrency's losses within a week as a selloff in digital currencies intensified across the board.

Other cryptocurrencies also fell sharply, with Ethereum's ether losing 10 percent and Ripple's XRP down 13 percent in a largely sentiment-driven slide.

Traders said selling was largely sentiment-driven and cited fears that Thursday's "hard fork" in bitcoin cash, where the smaller coin split into two separate currencies, could destabilize others.

Bitcoin opened trading on Wednesday at $6,326 and has since seen its market capitalization fall to less than $90 million for the first time in over a year.

The still-nascent sector is not completely transparent and analysts have struggled to understand what precisely prompted the latest drop.

At least some of it has been attributed to a battle for control of a smaller crypto operator called bitcoin cash.

That currency has split in two — a process traders describe as a "hard fork" — and who owns it at the moment is not entirely clear.

The confusion has highlighted what analysts have been warning for some years: crypto trading is too unregulated and risky to be considered a safe investment for the public at large.

Bitcoin has suffered a painful year of declines from its all-time high of $19,511 in December 2017.

Some of the currency's problems have been attributed to its business model.

Bitcoins are created through a process called computer "mining".

The computations get progressively harder to crack the more bitcoins there are on the market. The electricity costs involved grow as a result.

One market estimate made last month put the cost of mining one bitcoin at $7,000.

This means market players are currently creating new coins at a loss.

Traders had been hoping to get a big boost with the approval by the US Securities and Exchange Commission (SEC) of a bitcoin exchange-traded fund (ETF).

The investment instruments essentially operate as a stock that closely tracks each bitcoin's market value.

ETFs are one of the most popular trading mechanisms and the SEC's green light would give the bitcoin market a massive infusion of outside cash.

But the SEC has thus far balked out of concerns about fraud.

Some of the losses since Wednesday have also been linked to a warning from the accounting group KPMG last week about the dangers of viewing bitcoin as a real currency.

"To fulfill the requirements of 'store of value,' cryptocurrencies must be much more stable," the KPMG report said.

"Extending credit in a currency that risks significant devaluation or borrowing if the value appreciated beyond the borrower's ability to pay would be a fool's errand," said the report.