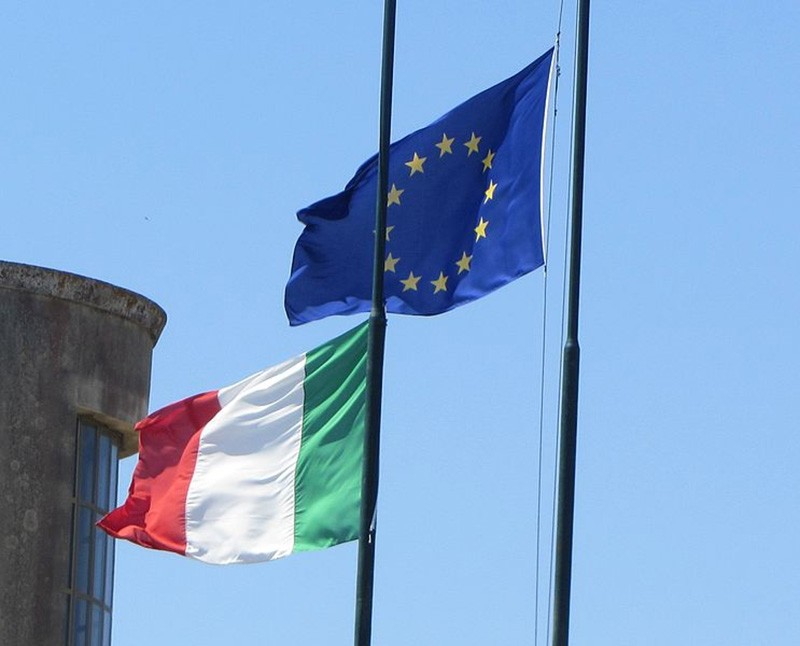 Italy's borrowing costs fell to their lowest level in around two months on Monday after two newspapers reported Italy is negotiating with the EU to reduce its 2019 target for the budget deficit to 2.0 percent of gross domestic product, or even below.

News that U.S. President Donald Trump and Chinese President Xi Jinping agreed to halt new tariffs during talks in Argentina on Saturday, following months of escalating tensions on trade and other issues, fueled demand for risk assets such as Italian government bonds.

That in turn dented safe-haven German debt, with 10-year yields pulling away from more than three-month lows hit last week.

Italy's bond market has bounced back in the past two weeks on signs that the country's anti-establishment government is willing to reach a compromise with the European Union over its budget plans for next year.

In response to a question about whether Italy is negotiating a deficit to GDP ratio reduction to 2.0 percent or 1.9 percent, from the present target of 2.4 percent, La Repubblica daily on Monday quoted Italian Finance Minister Giovanni Tria as saying: "Yes, these are the figures."

Ten-year Italian bond yields fell 6 bps to a two-month low at 3.15 percent. That narrowed the gap over benchmark German Bund yields to around 279 bps -- its tightest in around two months.

"They (the Italian government) do seem keen to get a compromise and this is helping the risk mood towards BTPs today," said Martin van Vliet, senior rates strategist at ING.

"And if you look at the selloff in German Bunds, its clear they are being hit by the double whammy of the trade truce and Italy."

Yields on other higher-rated bonds such as the Netherlands and France were also higher as easing trade tensions boosted stock markets in Europe, oil prices rallied 5 percent and the euro strengthened.

In a meeting lasting two and a half hours at the weekend, the United States agreed not to raise tariffs further on Jan. 1, while China agreed to purchase more agricultural products from U.S. farmers immediately.

Spain's far-right Vox party won 12 seats in an election in Andalusia on Sunday and could end up as a kingmaker in the region, in the first electoral success for the far right since the country's return to democracy in the late 1970s.