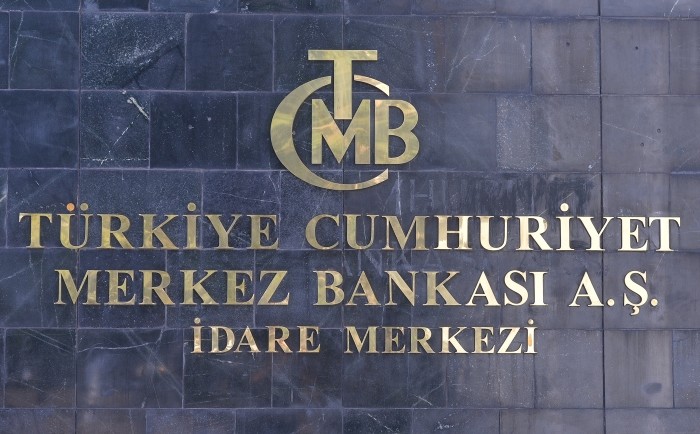 The Central Bank of the Republic of Turkey's (CBRT) Monetary Policy Committee (MPC) has decided to maintain the one-week repo rate, known as the bank's policy rate, at its current level.

The move on Thursday comes as the CBRT looks to maintain its tight monetary policy to fight inflation.

"The Monetary Policy Committee has decided to keep the policy rate (one-week repo auction rate) constant at 24 percent," the bank said in a statement. The decision came after the year's last meeting of the bank's monetary policy committee.

The bank had also left the key rate unchanged in October, after a sharp rise in the benchmark one-week repo auction rate from 17.75 percent to 24 percent in September.

In its statement Thursday, the bank said that recently released data shows that rebalancing trend in the economy has become more noticeable; adding that the external demand maintains its strength while a slowdown in economic activity continues, partly due to tighter financial conditions.

"While developments in import prices and domestic demand conditions have led to some improvement in the inflation outlook, risks on price stability continue to prevail," the statement read, adding, "Accordingly, the committee has decided to maintain the tight monetary policy stance until inflation outlook displays a significant improvement."

The central bank said it will continue to use all available instruments in pursuit of the price stability objective.

"Inflation expectations, pricing behavior, lagged impact of recent monetary policy decisions, the contribution of fiscal policy to rebalancing process and other factors affecting inflation will be closely monitored and, if needed, further monetary tightening will be delivered," the bank noted.

Year-on-year inflation in November dropped to 21.6 percent, from 25.2 percent in October, according to the Turkish Statistical Institute (TurkStat).

Commenting on the decision, Piotr Matys, emerging market forex strategist at London's Rabobank, said that at a first glance, the central bank did not change its policy rate as expected. "There was no significant difference between the statements made by the bank this month and the one in October," he said.

He stressed that there was an expression that the tight monetary policy will be maintained and that in the statement the expression "with determination" was removed.

He noted that in terms of the CBRT's tight monetary policy, the removal of "with determination" expression could be perceived in markets as an early interest rate decrease.

TD Securities Emerging Markets Strategy Head Cristian Maggio also noted that the CBRT's decision was expected and did not come as a surprise.

Maggio noted that the policy interest rate will remain at the same level for a certain period of time. He, just like Matys, pointed to the "committee has decided to maintain the tight monetary policy stance until inflation outlook displays a significant improvement."

According to Maggio the removal of the "with determination" expression made the CBRT's statement this month a little more hawkish than the one in October.

Maggio said that the bank's additional monetary tightening would keep the markets calm and will maintain stability in the Turkish lira.

Speaking of the inflation rates at an event Wednesday, Treasury and Finance Minister Berat Albayrak said Turkey's annual inflation rate will drop faster than expected, hitting 6 percent by 2021 thanks to the New Economic Program (NEP), which was announced in September.

Albayrak added that the consumer and producer price indexes saw 3.6 and 6.5 percent reductions, respectively, due to the highly successful "Full-scale Fight against Inflation" campaign, which was launched in October to curb inflation by offering discounts in the retail sector and lowering interest rates for bank loans.

The minister said the inflation is expected to drop to 15.8 percent in 2019 and then to 6 percent at the end of the economic program.