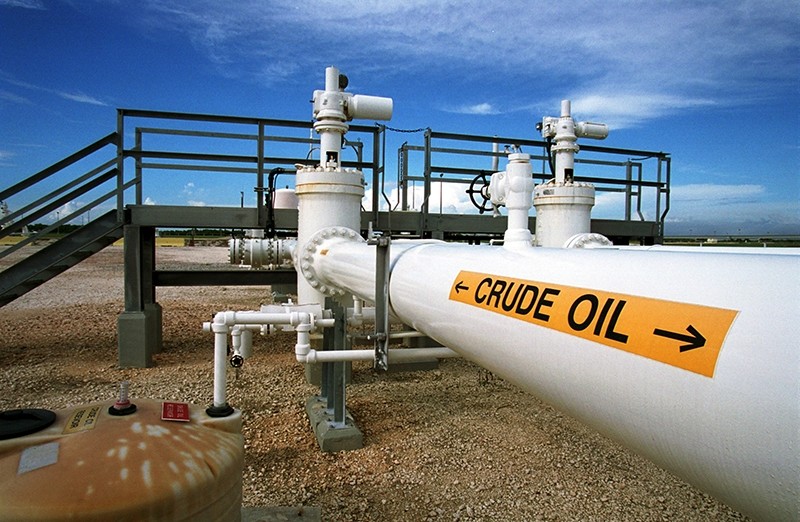 Oil prices fell as much as 6 percent on Tuesday, dropping for a third consecutive session as reports of swelling inventories and forecasts of record U.S. and Russian output combined with a sharp sell-off in global stock markets.

North Sea Brent crude fell more than 4 percent to as low as $56.97 a barrel, on track to register its third consecutive session of declines, while U.S. benchmark WTI plummeted well over five percent to a $47.32 low.

Such lows were last seen in the autumn in 2017.

Both benchmarks have shed more than 30 percent since early October due to swelling global inventories.

On Wall Street, the Dow saw a modest rebound after Monday's rout, but stock markets remained subdued in Europe.

"A large part of the move (lower) is due to a broader market sell-off, with both U.S. and Asian equity markets coming under pressure," said commodities strategist Warren Patterson at Dutch bank ING in Amsterdam.

"Specifically for the oil market, there are no clear signs yet of the market tightening," he added.

Crude prices have fallen about a third from four-year highs touched at the start of October.

The British stock market meanwhile remained beset with worries over the nature of the nation's looming exit from the European Union next March.

The Organization of the Petroleum Exporting Countries and other oil producers agreed this month to curb production by 1.2 million barrels per day (bpd), equivalent to more than 1 percent of global demand, in an attempt to drain tanks and boost prices.

But the cuts won't happen until next month and meanwhile production has been at or near record highs in the United States, Russia and Saudi Arabia, undermining spot prices.

Oil production from seven major U.S. shale basins is by the year-end expected to climb to more than 8 million bpd for the first time, the U.S. Energy Information Administration said on Monday.

The United States has surpassed Russia and Saudi Arabia as the world's biggest oil producer, with total crude output climbing to a record 11.7 million bpd.

With prices falling, unprofitable shale producers will eventually stop operating and cut supply, but that could take some time, and meanwhile inventories keep growing.