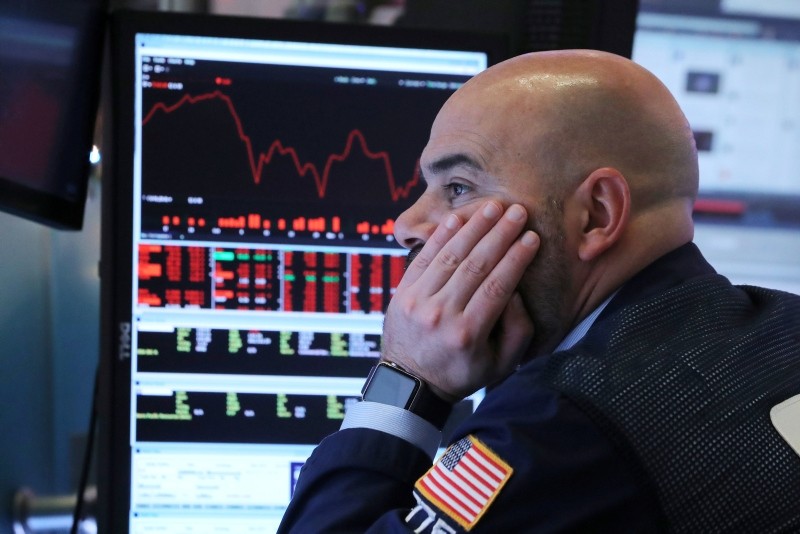 Another day of big losses left the U.S. stock market with its worst weekly drop in more than seven years.

The benchmark S&P 500 index ended a brutal week down 7 percent Friday, led by big drops in former market favorites like Facebook and Amazon.

Major U.S. indexes are now 16 to 26 percent below the peaks they reached in the summer and early fall.

Investors fear a recession is coming, and barring huge gains during the upcoming holiday period, when trading is usually quiet, this will be the worst December for stocks since the 1930s.

The tech-heavy Nasdaq Composite dropped into a bear market, defined as a 20 percent decline from its recent highs, for the first time since the global financial crisis in 2008. Broad stock markets in the United States and Europe are on pace for the worst quarter since 2008, while the Dow finished its worst week since late 2008.

"China is cooling and the euro zone is slowing down, and some of the economic indicators from the U.S. have been a bit soft recently, but yet the Fed hiked rates and suggested that two more interest rate hikes were lined up for 2019," said Michael Hewson, chief markets analyst at CMC Markets in London.

He said speculation that the U.S. economy could be headed for a recession has picked up, dampening global sentiment. "Fear about a U.S. government shutdown is playing into the mix too."

Adding to the air of crisis was news that U.S. Defense Secretary Jim Mattis had resigned after Trump announced a withdrawal of all U.S. forces from Syria and sources said a military pullback from Afghanistan was also planned.

The mood change has triggered a rush out of crowded trades, including massive long positions in U.S. equities and the dollar and short positions in Treasuries.

Lipper data on Thursday showed investors pulled nearly $34.6 billion out of stock funds in the latest week and were heading for the biggest month of net withdrawals on record.

As recently as October, yields had been at a seven-year high of 3.261 percent.