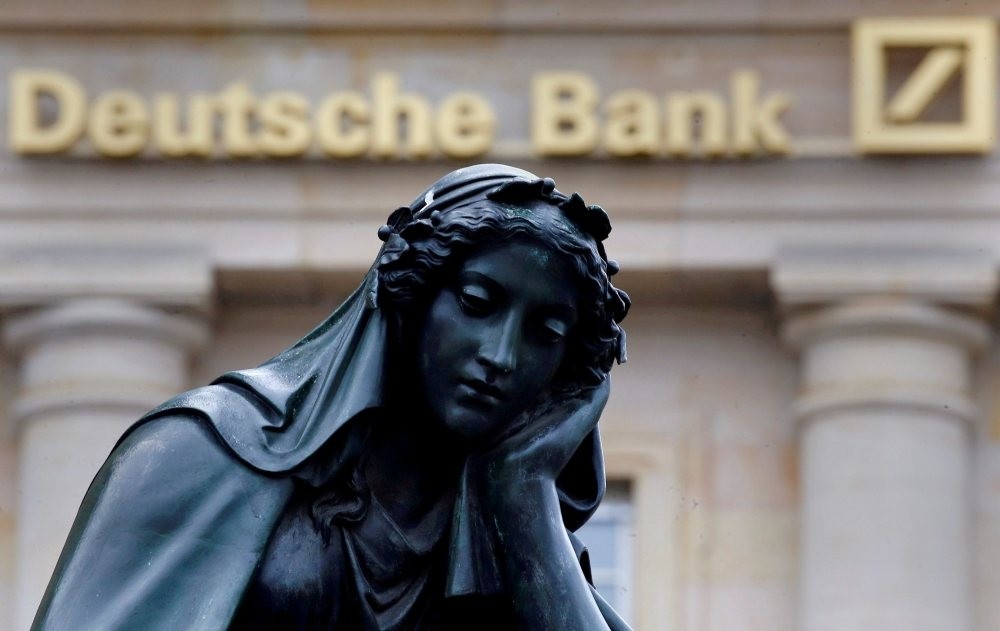 Latest investigation on Deutche Bank's role in cum-ex trading between 2006 and 2011, the biggest post-war fraud investigation in Germany, reportedly linked the bank to the scandal

There are "lots of indications" that some managers discussed "the reputational risks" of Deutsche Bank's involvement in a share-trading scheme that is the subject of Germany's biggest post-war fraud investigation, according to a conclusion in one of five internal audits seen by Reuters.

The bank issued tax certificates for withholding tax that had never been deducted and made loans to clients to allow them to participate in the scheme to claim tax rebates, according to the audits.

German prosecutors say the scheme's participants misled the government into thinking a stock had multiple owners on its dividend payday who were each owed a dividend and a tax credit, according to court documents.

The authorities say the scheme, called "cum-ex" and involving several other global banks, cost the state 5.6 billion euros in rebates that should not have been paid.

Deutsche Bank commissioned law firm Freshfields to write the five audits as part of an internal investigation into its role in cum-ex trading between 2006 and 2011. They are dated from 2013 to 2015 and marked "highly confidential".

The audits were prepared by Freshfields in Germany and London. One of the five documents is a summary that was handed to the prosecutors in May 2017. Reuters does not know whether the Freshfields documents are the final versions, but prosecutors have been given the summary for use in their investigation, according to a letter sent to the chief prosecutor, seen by Reuters. A spokesman for Freshfields declined to answer any questions for this story.

One part of the audit addresses Deutsche Bank's decision to lend money to companies - what the audit calls "provision of finance" - so that those companies could carry out cum-ex trades and the discussion of risks to its reputation.

"Even though evidence is not clear-cut, there are a lot of indications that the staff of SETG (Strategic Equities Transactions Group) and managers, who were responsible for Prime Brokerage at the SEF-IM (Structured Equity Finance - Inventory Management) trading desk, discussed the reputational risk for Deutsche Bank from its provision of finance in January 2009 and came to the conclusion that this was acceptable," one of the Freshfields audits said.

"Group Tax confirmed in March 2009 the provision of leverage for cum-ex trades through Deutsche Bank."

A Deutsche Bank spokesman said that Deutsche Bank was involved in some of its clients' cum-ex transactions and that it was fully cooperating with investigators.

Reuters has seen the Freshfields documents, as well as thousands of pages of bank files, correspondence and court documents relating to the cum-ex case. The documents were obtained as part of a European media investigation coordinated by non-profit newsroom Correctiv.

The audit dated April 16, 2015 pointed to "significant failings" in overseeing two traders, Simon Pearson and Joe Penna, who they say acted as middle men between the clients and the bank departments that lent money to fund the cum-ex scheme and issued tax certificates.

Pearson and Penna have been suspects in the investigation since at least 2014 for their role in cum-ex trading, according to court documents. The Freshfields audits say the two traders were aware the prime brokerage services were being used to help other companies carry out cum-ex deals.

The reports highlighted the role of the traders but also pointed to failures of the bank's internal controls as well as lapses of "managers" in the global financial markets division.

The April 16 report said that the bank's controls over the trading desk headed by Pearson were too weak and this was a "serious shortcoming".

That criticism about oversight is levelled at management generally but it does briefly single out one individual.

"Richard Carson was most directly responsible for this shortcoming as the direct supervisor of the manager of the trading desk," the report said.

Carson has since left Deutsche Bank. In an email to Reuters he said: "I have not seen, nor have been provided with any copies of the reports you mention in your communication. I would not accept that there was any failings on my part." The report did not implicate him further in the cum-ex scheme.

Pearson did not respond to multiple emails sent to him at his new company in Gibraltar. Reuters also contacted his spokeswoman by email, who did not respond.

Penna did not respond to a letter requesting comment sent to his home in London. A person involved in the case gave Reuters the name of a lawyer he said represented Pearson and Penna. Reuters contacted the lawyer who would not confirm that he represented either, citing client confidentiality.

According to one of the Freshfields reports dated Nov 28, 2013, Deutsche lent shares to Seriva, a client involved in cum-ex, via a chain of brokers in 2008.

Deutsche issued Seriva with 5.8 million euros of withholding tax certificates, allowing Seriva to make claims for tax rebates. Freshfields said in the report that staff at Deutsche and Seriva were aware that no withholding tax had been levied.

The tax certificates existed until 2017, when Deutsche Bank cancelled them, two people with knowledge of the matter said.

Seriva's manager, who asked not to be named, said that the company had received no rebates because of the investigation by tax authorities. He declined to comment further.

Reuters also contacted Josef Schucker, a person named in the Freshfields audit as the sole investor in Seriva. Reuters received no response to two emails sent to his company.

The Deutsche Bank spokesman declined to comment on Seriva.

Ballance controlled several entities which have been disbanded or renamed, according to filings with the Britain's financial regulator, the Financial Services Authority, seen by Reuters. Reuters could not find any remaining parts of Ballance.

Pearson and Penna, the two Deutsche Bank traders, left to work for Ballance in 2009, when they became part owners, according to the Freshfields documents.

Deutsche made at least 18 million euros in interest and in the sale of financial products to Ballance, the Freshfields report said. The Deutsche Bank spokesman declined to comment.

The new details of the case come at a difficult time for Deutsche Bank as it tries to repair its public image and relations with Berlin after a series of fines relating to other trading scandals. The spokesman for Deutsche Bank declined to comment.

Other global banks, including Santander and Macquarie, are also under investigation for their roles in cum-ex trading schemes. Contacted for this story, spokesmen for both banks said they are cooperating with investigators.