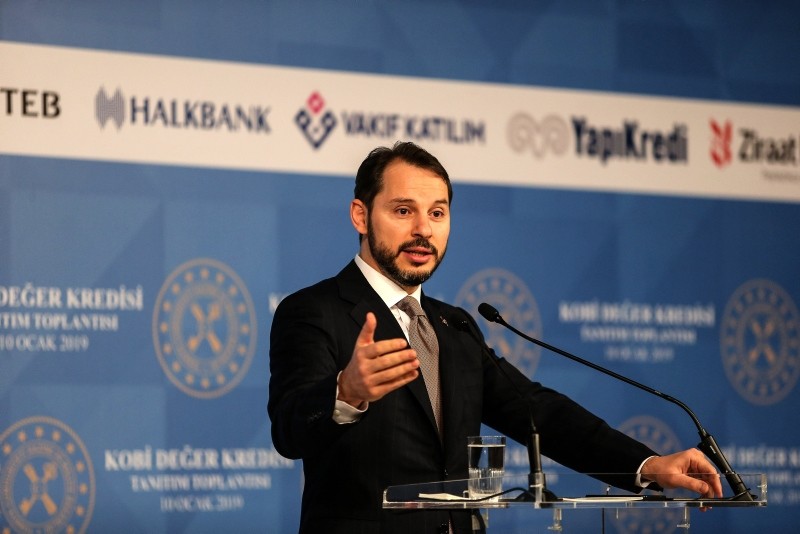 Treasury and Finance Minister Berat Albayrak on Tuesday said that the central government budget deficit compared to gross domestic product (GDP) goal of 1.9 percent, laid out in the New Economic Program (NEP), has been met for 2018 and vowed to keep up this performance this year.

In a series of tweets, Albayrak said that the 72.1 billion Turkish lira ($13.2 billion) year-end budget deficit forecast has been realized as TL 72.6 billion. The budget deficit in 2017 was recorded at TL 47.4 billion, with the the average U.S. dollar/Turkish lira exchange rate standing at 4.90.

The budget deficit decreased by 15.1 percent year-on-year and stood at TL 18.1 billion in December, Albayrak said, adding that budget revenues increased by 19.9 percent to TL 67 billion in the same period.

Albayrak went on to say that strong financial structure and fiscal discipline, which have been maintained for the last 16 years, continue to remain among the most important anchors of the Turkish economy.

"Despite the tough period we are going through, we have never compromised fiscal discipline. We have completed 2018 with a budget performance in line with the NEP. We will not deviate from budget discipline in the upcoming period. Strong financial policy, in coordination with monetary policy, will be the most important supporter of all rebalancing period goals with the fight against inflation being on top," Albayrak said.

Turkey's Medium Term Program (MTP) was renamed as the New Economic Program (NEP) in September, two months after the new cabinet – the first of the executive presidency – was formed in the aftermath of the elections on June 24. The NEP sets economic goals for the 2019-2021 period.