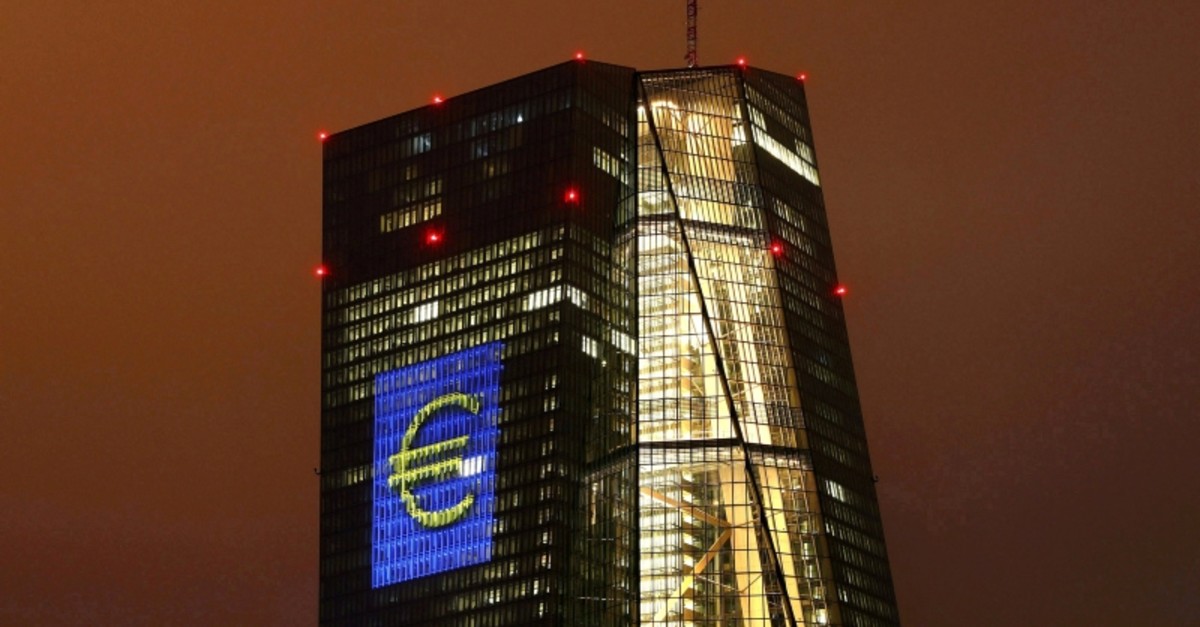 The headquarters of the European Central Bank (ECB) are illuminated with a giant euro sign at the start of the ,Luminale, light and building, event in Frankfurt, Germany, March 12, 2016. (Reuters Photo)
by Daily Sabah Mar 03, 2019 5:54 pm

Italian and Spanish banks, however, apparently did not use the TLTRO funding to issue loans as the two countries posted negative loan growth, January data showed.

According to Pictet Wealth Management data cited by Reuters, Italy has estimated 250 billion euros of TLTRO-II holdings, while Spain has 175 billion euros, making them the countries where the take-up of these loans was highest.

The ECB will soon discuss new, multi-year loans to banks, its chief economist Peter Praet said last month, but he hinted that a new round of credit may not be as generous as a previous facility. Praet's comments suggested a new round of TLTRO will be discussed as soon as the ECB's next meeting, on March 7. But a decision, particularly on the terms of the loans, may have to wait.