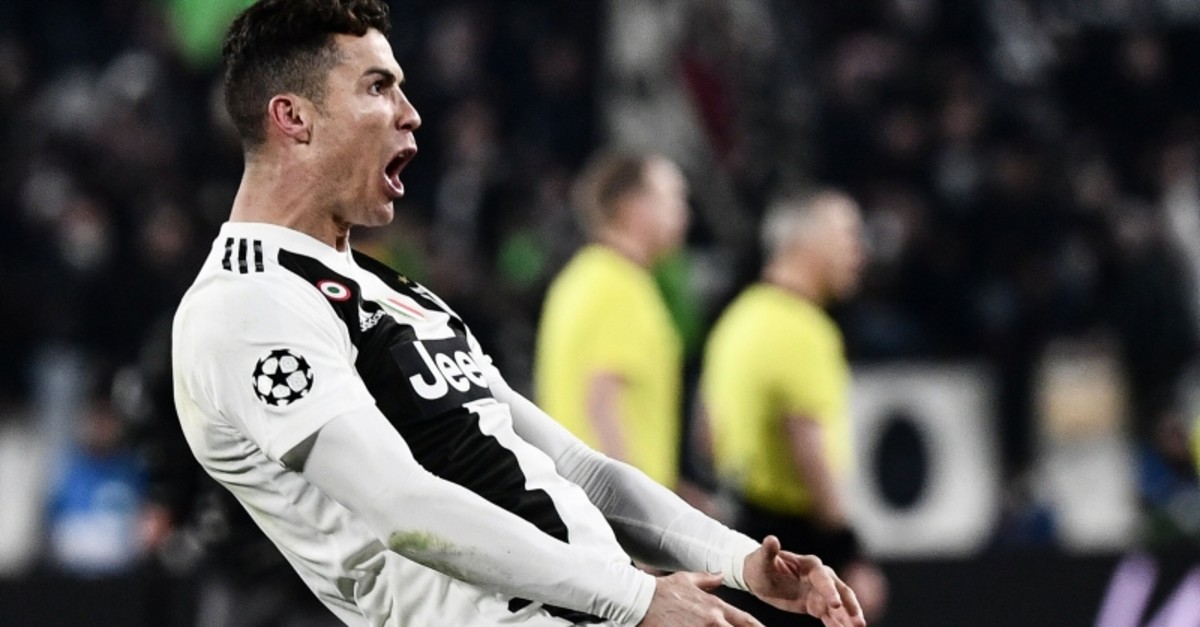 Juventus' Cristiano Ronaldo celebrates after scoring his side's third goal during the Champions League round of 16, 2nd leg, football match between Juventus and Atletico Madrid at the Allianz stadium in Turin, Italy, March 12, 2019. (AFP Photo)
by Mar 13, 2019 12:00 am

The Portuguese superstar added a late penalty to a pair of headers for a 3-0 win on the night and 3-2 on aggregate over Atletico Madrid to seal a place in the quarterfinal.

The Turin club's shares jumped by 23 percent after the Milan stock exchange opened before dipping to 16.4 percent later in the morning.

In 90 minutes the five-time Ballon d'Or winner demonstrated why Juventus splashed out 100 million euros ($117 million) last summer to bring the former Real Madrid star to Italy, in addition to his annual salary of 31 million euros.

"That's why Juventus bought me, to help them in games like this," 34-year-old Ronaldo said after the game.

The seven-time reigning Italian title-holders have not won the Champions League since 1996, and have finished runners-up twice in the past four seasons.