Fluctuations in Turkish lira attempt to corner Turkey by the West, US, Erdoğan says 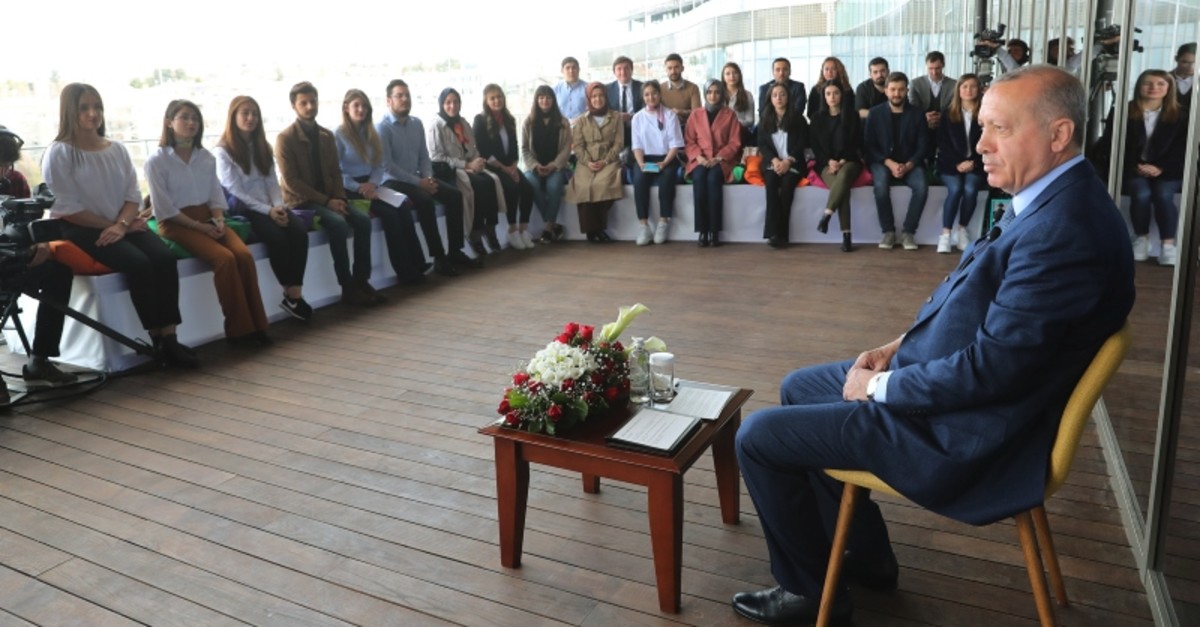 Speaking in a meeting with young voters and university students broadcast on social media accounts in capital Ankara, Erdoğan said banks were playing a game on the Turkish lira ahead of Sunday's local elections and added that Turkey needed to "discipline speculators in the market." He did not name the banks.

Erdoğan said that the situation in unemployment will improve in the summer and the rate will fall to single digits.

Erdoğan's special broadcast was watched by a total of 3.4 million people, with 2.1 million people watching the president on Twitter, followed by 770.000 users on Facebook and finally 530.000 on Instagram.