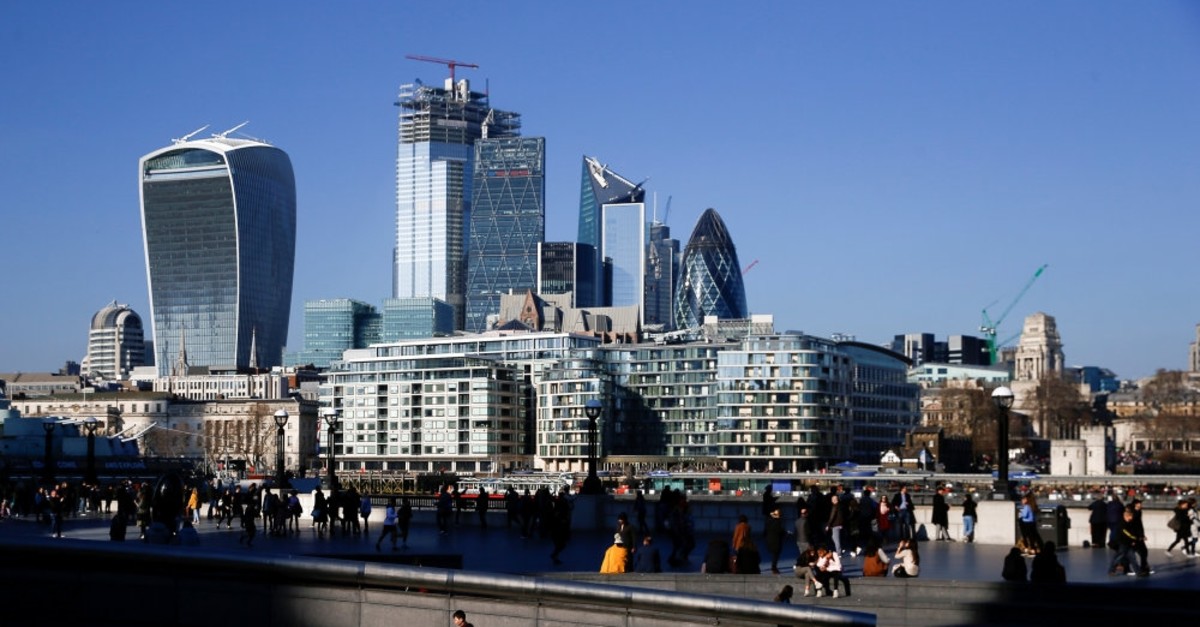 The tightening of the Turkish lira supply in the London market continued yesterday and borrowing costs for the currency jumped over 1,200 percent

The Turkish public and financial markets have been recently preoccupied with discussions on a particular term following the recent decision by the Central Bank of the Republic of Turkey (CBRT) to limit the Turkish lira trade in the overseas markets. The term is no other than swap. The popularity of the term has gained significant visibility on social media.

Twitter's timeline in Turkey is full of tweets by young and middle-aged people who are trying to understand this complicated financial term. The social media platform is flooded with eloquently written tweets by leading financial experts, responding to the public curiosity.

But it is inevitable to ask how the "swap talk" in the financial markets and the Turkish public become so popular. It all started when the CBRT on Monday decided to squeeze the over the counter lira trade by increasing the swap sale limit to 20 percent from 10 percent for transactions that have not matured. The swap move came following Friday's decision to suspend the one-week repo auctions through which the central bank funds the Turkish market at 24 percent as a measure against the volatility of the Turkish lira during the trading session on that day. The lira tumbled by nearly 5.5 percent against the greenback in one day.

The markets might be financed through either overnight funding window at 25.5 percent or late liquidity window (LLP), if necessary, for which the interest rate was set at 27 percent in a September meeting and has not, changed since.

Moreover, Turkey's banking watchdog, the Banking Supervision and Regulation Agency (BDDK) limited the liquidity provided by the Turkish banks for the TL swap market to 25 percent of the equity in the summer of 2018 when the exchange rates tested their historical highs.

The Turkish lira continued to gain ground against the U.S. dollar on Tuesday, with the dollar/lira exchange rate sliding 2.88 percent to 5.389 during after-market hours, compared with 5.61 at Monday's close. The lira recouped its losses after March 22, when it started to weaken against the dollar and reached 5.83, its worst level since the economic attacks that targeted Turkey in August.

With the central bank's decision to squeeze lira trade in the London market, Turkish banks started to keep lira swap market transactions well below a 25-percent limit set by the banking watchdog. This move basically told traders, who buy the Turkish lira with dollars just to short it in a one month period to sell their dollars if they are to buy Turkish lira at the dramatically high borrowing rates.

Afterwards, the swap rates hit as high as 345 percent on Tuesday, blocking foreign traders from buying lira, shorting it and buying dollar. The swap rate was only 24 percent last week, equal to the central bank main funding rate.

The aim of the central bank and the banking watchdog was basically to eliminate any damage that might come from a "satellite" market for the Turkish lira. London trading is a kind of satellite market for the lira as it is printed and regulated in the Turkish market.

The London swap market indeed has a number of benefits for the Turkish market, including the increase of lira liquidity, allowing the banks to buy lira and sell foreign currency they hold, supporting the convertibility of the lira and securing demand in Turkish government bonds.

Briefly, in the medium and long terms, the London market is supportive for the domestic money market. But the Turkish financial authorities accomplished stopping any significant damage from the overseas market with the latest moves.

The drastic rise in the swap rates did not stop during yesterday's trading, with borrowing costs soaring. The rate the investors have to pay to borrow overnight Turkish lira jumped to over 1,200 percent.

Hüseyin Aydın, the head of the Banks Association of Turkey (TBB), told Reuters that Turkey has showed the necessary stance against speculative attacks to weaken the lira. Speaking of the rising swap rates, he said, "Lira swap rates are rising due to insufficient lira for foreign banks to buy dollars."

Aydın underscored that the Turkish banks are acting in line with international laws and regulations, denying the allegations that the banks do not provide lira liquidity to foreign buyers and that any liquidity decision is based on economic indicators. He also emphasized that the association expects that investors will maintain confidence in lira.

Three sources with knowledge of the matter told Reuters that the Turkish banks will continue to withhold lira liquidity in London swap markets at least until after Sunday's local elections, noting that the measure is temporary. While Turkey's stock exchange, the Borsa Istanbul (BIST), dropped nearly 7 percent to 90,657 points. The weekly loss hovered around 13 percent. Foreign investors, who hold nearly 65 percent of the stock market, sold their shares as they sought lira.