Istanbul Finance Center to be complete by end of 2022 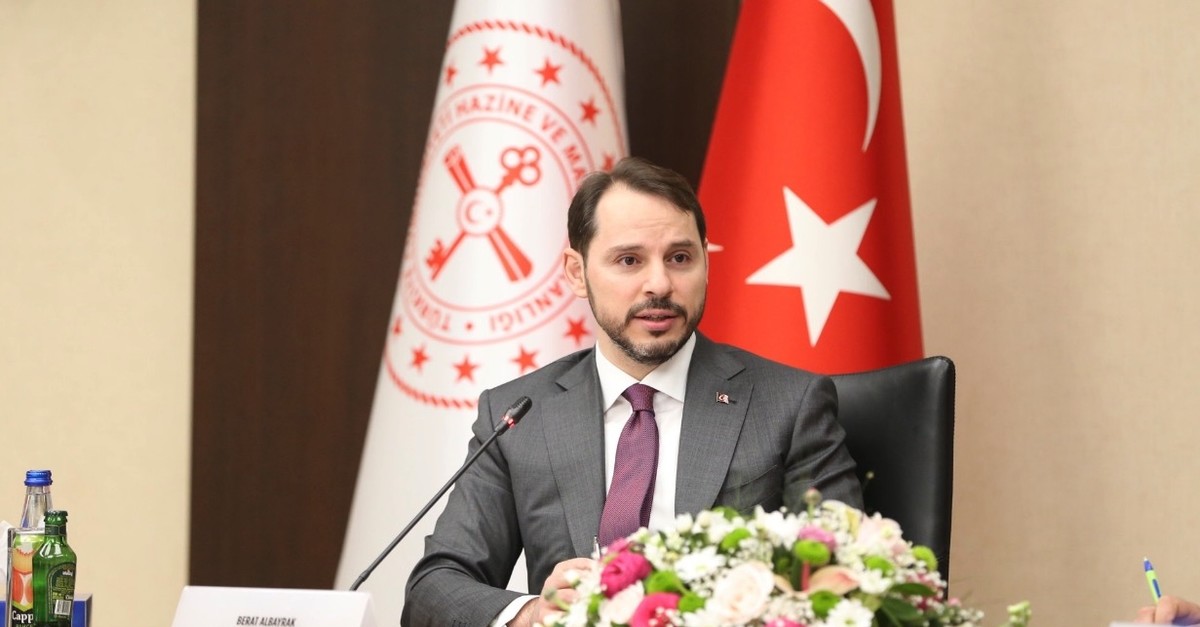 In order to expand its share of global foreign direct investments and raise its GDP in line with the 2023 vision, Turkey is constructing a financial center in Istanbul by the end of 2022 with the participation of the country's leading construction and finance companies

With a view to accomplishing its 2023 vision, Turkey aims to ensure a robust financial structure and is currently constructing a financial center in Istanbul, where all financial bodies and institutions will gather and make the city an important base for financial operations across the world. Treasury and Finance Minister Berat Albayrak, accompanied by Environment and Urban Planning Minister Murat Kurum, held a meeting with banks, construction companies and bureaucrats on the Istanbul Finance Center (IFC).

Issuing a statement on his official Twitter account, Albayrak said that they will introduce a finance center, befitting Istanbul, to the country as soon as possible.

Reportedly, Emlak Konut Real Estate Investment Trust (REIT) made a presentation about the IFC, disclosing that TL 2.7 billion has been spent on the project so far and that TL 7 billion is required for the finalization of it. Also, Albayrak instructed the stakeholder attendees of the meeting to complete the work on IFC in May.

The presentation prepared by Emlak Konut REIT predicts that IFC will be completed by Dec. 31, 2022. During the meeting, Albayrak stated that all public deposit and participation banks must move their headquarters to IFC. Emphasizing that financial institutions should be gathered under a single roof, the minister added that the Borsa Istanbul Stock Exchange headquarters will also move to the IFC. Albayrak said that they also held the Food and Agricultural Product Markets Monitoring and Evaluation Committee meeting, posting a tweet, "We aim to implement our policies, which are important in terms of food inflation that we announced within the framework of our structural transformation steps, in a short time and obtain results."

The IFC project, which started in 2009 and is currently being developed in Istanbul's Ataşehir district, has been designed to be one of the world's major financial centers. This landmark government project aims to build a larger financial center than the existing ones in New York, London and Dubai and also aims to make Istanbul the center of finance internationally.

A report prepared by the Foundation of Political, Economic and Social Research (SETA) outlines that the ranking of the global financial centers confirms that the development level of high-ranking financial centers are positively reflected in the macroeconomic indicators of the countries where these centers operate.

For instance, the report exemplifies some of the financial centers with high rankings, such as San Francisco, New York, Los Angeles and Boston, located in the U.S., the world's largest economy.

The SETA report also emphasizes that Turkey wants to institutionalize its gains from foreign direct investment (FDI) and capital movements, which have risen considerably in the country over the last 15 years by drawing more than $180 billion of FDI.

Last month Turkey's most populated city and the country's economic heart, Istanbul, gained nine places in the ranking of global financial centers, jumping to 59 up from 68, according to the 25th edition of the Global Financial Centers Index (GFCI) published by London's leading commercial think tank, Z/Yen Group.

In the ranking, Istanbul rose 30 points to 620 points compared to the period in September 2018. In terms of its position in Eastern Europe and Central Asia, Istanbul jumped from 4th to 2nd place. The city saw its best ranking in September 2014 when it ranked 42nd.