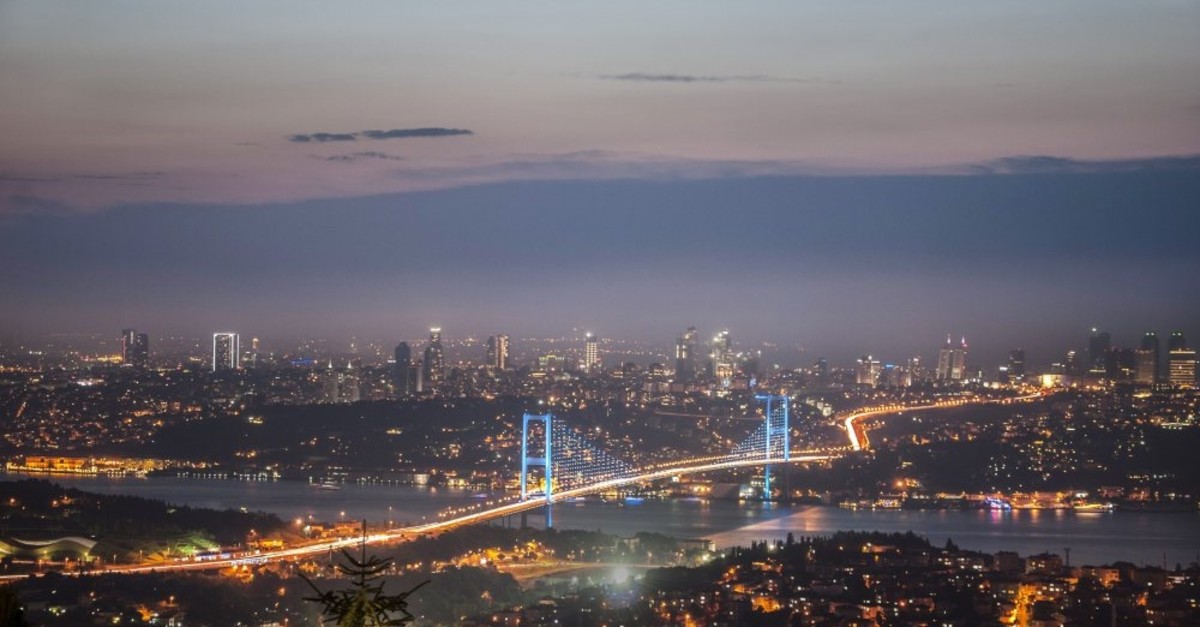 A landmark project that aims to make Istanbul a global center for finance, Istanbul Finance Center is projected to open in the beginning of 2022 and has already drawn interest from the Middle East

Poised to make Turkey's most populous city and the country's economic heart an important base for financial operations across the world and gather major global financial institutions and bodies, the Istanbul Finance Center (IFC) is due to open in the beginning of 2022, according to Presidency Finance Office Head Göksel Aşan, adding that there was also serious interest from the Middle East to take part in the IFC. The IFC project, which started in 2009 and is currently being developed in Istanbul's Ataşehir district, has been designed to be one of the world's major financial centers. This landmark government project aims to build a larger financial center than the existing ones in New York, London and Dubai and also aims to make Istanbul the center of finance internationally.

"When a city grows so much the service sector inevitably stands out. And the most important pillar of the service sector is the financial sector. If there are a few cities that deserve to be a financial center in the world, Istanbul is one of them," Aşan told the Anadolu Agency (AA) Finance Desk.

Pointing to the serious interest from the Middle East to take part in the IFC, Aşan said they even aspired to build the center. "We will finish our project and host them there," he stressed, adding London-based Citi U.K. was also very interested in a partnership. "In the event of a partnership, some of them can come here. But my intention is not to bring a foreign bank here. We should design this place like the financial center of 10 to 15 years later," he added.

Indicating that there were some disruptions related to the project in the past, the construction had not progressed very fast, Aşan said the main objective is to settle the issues on the bureaucratic side if there are elements that could be an obstacle to the project, adding that they aim to accelerate the project.

"The main issue here is Istanbul being the financial center. We are working to make Istanbul a global financial center. As soon as we took office, we started our first initiative by explaining the IFC to the world. In order to tell the world what kind of a financial center the IFC will be, we visited a company in London, which is an expert in this business and makes world ranking of financial centers. We made a preliminary agreement with them. The firm will make reports for us and advise us on issues on managing external perception," said Aşan.

Earlier this year, Istanbul gained nine places in the ranking of global financial centers, jumping to 59 up from 68, according to the 25th edition of the Global Financial Centers Index (GFCI) published by London's leading commercial think tank, Z/Yen Group.

In the ranking, Istanbul rose 30 points to 620 points compared to the period in September 2018. In terms of its position in Eastern Europe and Central Asia, Istanbul jumped from 4th to 2nd place. The city saw its best ranking in September 2014 when it ranked 42nd.

The Finance Office head further noted that with the deepening of the capital markets, Istanbul will get closer to being the financial center. In fact, saying this is the whole point, Aşan noted that the enlargement of the financial sector would not be possible with domestic savings, therefore, expressed the need to attract foreign savings to Turkey.

He also noted that when a circle is drawn at 1,500-2,000 kilometers in diameter around Turkey on map, there is only one financial center left, Dubai.

Giving information about which institutions Istanbul Finance Center would accommodate, Aşan said public banks such as Halkbank, Ziraat Bank and VakıfBank, the Capital Markets Board (CMB) and Banking Regulation and Supervision Agency (BDDK) would be there along with the most likely addition of the insurance sector. "It is not yet clear whether the entire Central Bank of the Republic of Turkey (CBRT) or its operating units will be there, but the CBRT will have a building. We will also carry some legal structures such as arbitration to the center. I think so many banks will be enough. İş Bank already has a building there," Aşan continued, underlining that IFC should set an example to reduce the share of the banking sector and expand the share of other sectors.

Stressing that IFC should be filled with the non-bank financial sector, he said the infrastructure was also set accordingly.

"We need to attract foreign investments, firms, and financial institutions as much as possible," he added.

He further noted that some incentive mechanism would be implemented within the scope of the transition to IFC and that a suitable incentive method would be chosen, but there would not be any situation like the entire establishment of Anglo-Saxon law.