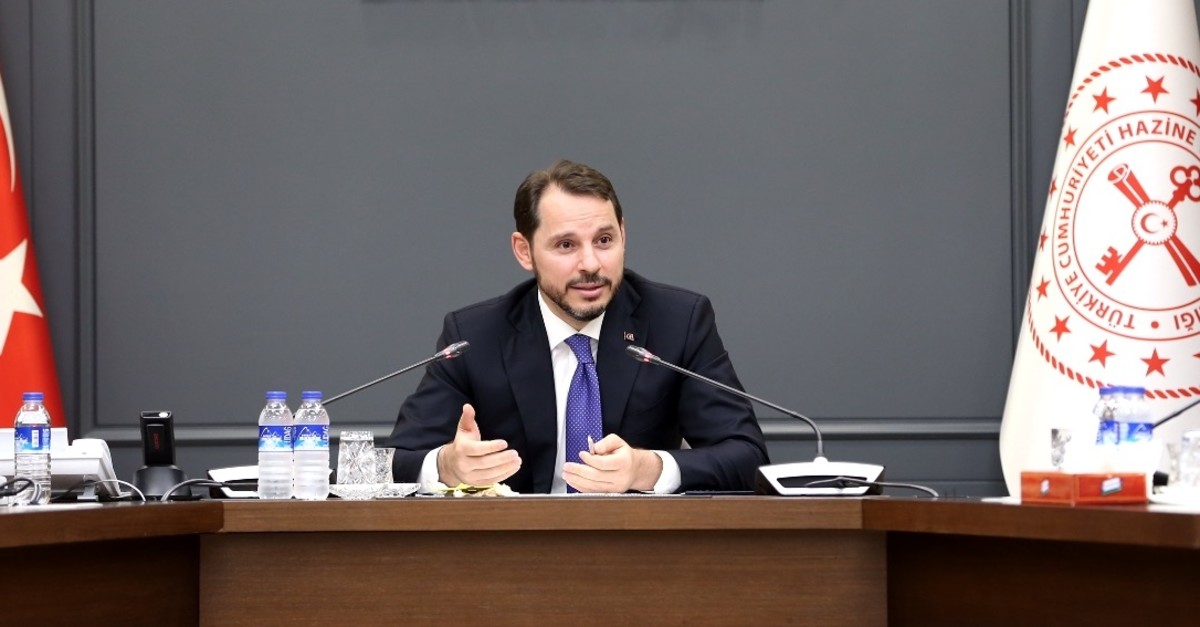 A loan rate discount from three state lenders last Thursday has led to a record-high demand for mortgage loans in the first two days, giving the construction sector an anticipated boost, Treasury and Finance Minister Berat Albayrak said. The three big lenders, Ziraat Bank, Halkbank and Vakıfbank, had cut their loan rates last week, a week after the central bank cut its key interest rate. They lowered their interest rates on housing, consumer and corporate loans. Housing loan rates were lowered to a monthly 0.99% for loans up to TL 500,000 with maturities up to 180 months. They were followed by Ziraat Participation and Vakıf Participation banks, who also announced they were lowering their housing loan rates. In a joint statement yesterday, the three banks said more than 13,000 customers applied for housing loans in the first two days, leading to record demand for mortgage loans of TL 2.1 billion.

Albayrak said Tuesday on his official social media account that a record-level demand came for low-interest loans. "The achievements of the rebalancing process will be extended even further in a short period of time," he added.

While gaining the citizens' interest, Albayrak said loan discounts were also a start of the anticipated mobility awaited by the construction sector.

The cuts came a week after the Central Bank of the Republic of Turkey (CBRT) initiated an expected policy easing cycle with a significant decrease in its key interest rate on July 25.

In a first in over four years, the bank at its Monetary Policy Committee (MPC) meeting cut its benchmark policy rate, the one-week repo rate, by 425 basis points from 24% to 19.75%. The decision marked the highest rate cut since 2002.

Before its meeting, the CBRT had not made a change in its interest rates since it made an aggressive rate hike last September following speculative fluctuations that erupted last August.

In a meeting with reporters last week, Albayrak praised the development, saying that he views any improvement and easing in the interest rates positively due to the cost cuts of the real sector.

Albayrak had said the interest rate cut will probably be followed by a decline in loan rates, led especially by state-run lenders.

Separately, during a presentation of the bank's quarterly inflation report last Wednesday, the CBRT's new governor, Murat Uysal, suggested that their actual analysis and estimates showed that the bank has "considerable" room to maneuver in monetary policy in coming months, signaling possible further cuts in the coming period.