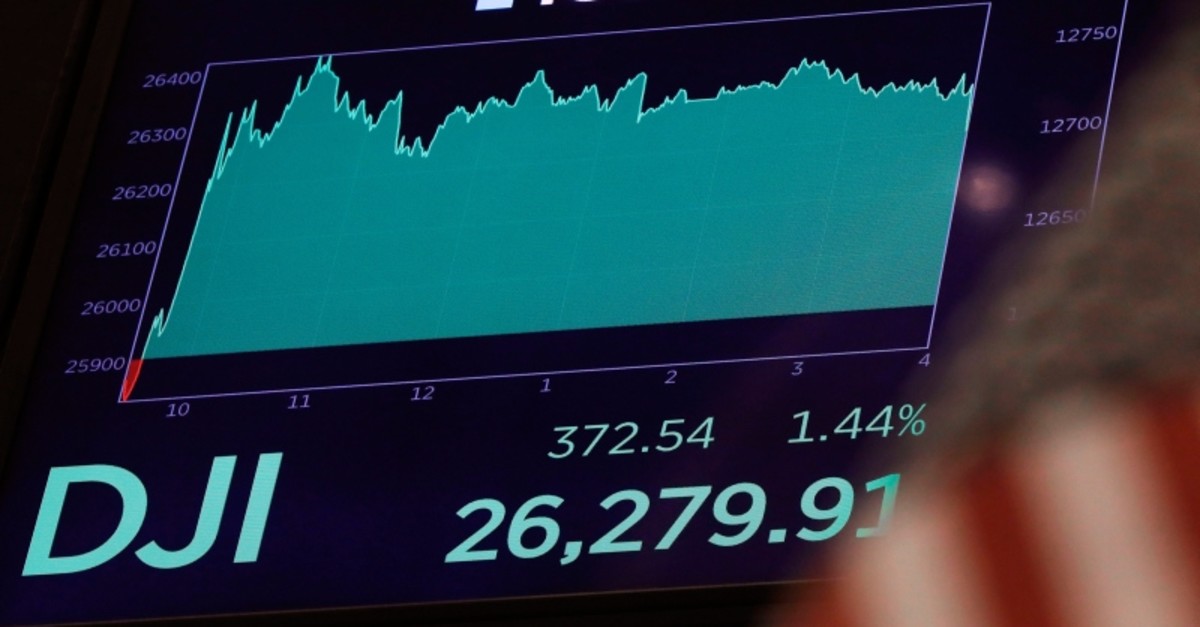 Global stock markets rallied on Tuesday and oil prices surged in a wave of relief after US President Donald Trump delayed tariffs on key consumer items from China, giving investors hope for some detente in the US-China trade war.

The announcement caused a dramatic turnaround in equity markets, which had retreated earlier under the combined impact of tensions in Hong Kong, economic crisis in Argentina, fears of a global slowdown -- and uncertainty over US-China trade talks.

But sentiment improved after the US said it was delaying until December 15 the imposition of new 10 percent tariffs on key products, including laptops, smartphones and some apparel and footwear.

"While we got used to swift changes in investor sentiment, today's development really came out of the blue," said Gorilla Trades strategist Ken Berman.

"Yesterday's scary-looking dip was erased in less than an hour, and all of a sudden, the recent record highs don't seem unreachable."

Oil prices, a bellwether for the global economic growth outlook, also surged, with leading benchmarks up four percent or more.

Sam Stovall of CFRA Research said the tariff delay was positive, but the market reaction showed investors were still edgy.

"One tweet makes investors go from overly bearish to overly enthusiastic," Stovall said. "It indicates to me that this market is fragile and susceptible to any changes in news."

Until Trump rekindled hope on the trade war front, equities had been showing signs of buckling under what Lukman Otunuga at FXTM called "a burst of geopolitical risks across the globe."

Weakness in Asian stock markets had spilled first into Europe and from there into early US trading.

A big factor of worry was Hong Kong, where airport authorities on Tuesday suspended all check-ins as pro-democracy protesters blocked the facility.

The latest protest led to ugly scenes at one of the world's busiest airports, where small groups of hardcore demonstrators turned on two men they accused of being spies or undercover police -- and as desperate travelers pleaded in vain to be allowed onto flights.

Emerging market currencies recovered from Monday's losses that came on the back of the shock win in an Argentina presidential primary election by populist center-left candidate Alberto Fernandez over incumbent Mauricio Macri.

The news saw the country's peso dive 30 percent at one point and the stock market by even more.

OANDA Asia-Pacific senior market analyst Jeffrey Halley said economic populism was "alive and well in all corners of the globe -- a far more worrying development in the long-term than a US-China trade war".