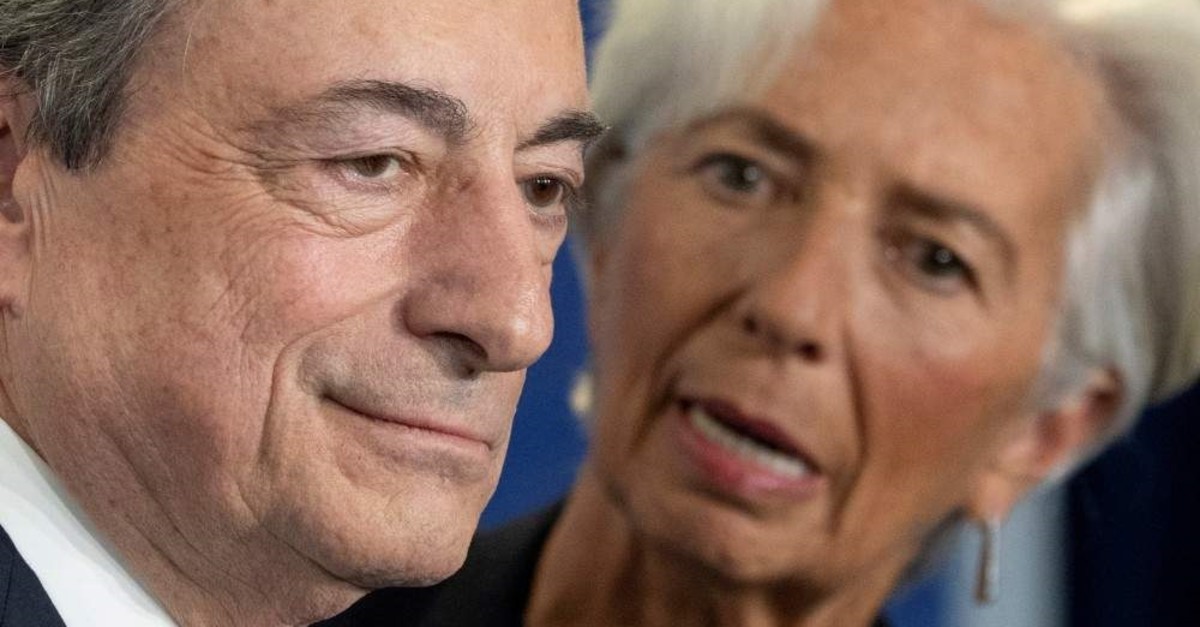 The 72-year-old Italian banker is widely credited with saving the eurozone from collapse, but his management style escalated tensions by the end of his term, with several policymakers rebuking the decision to restart government bond purchases

Mario Draghi leaves as head of the European Central Bank credited with having rescued the eurozone from disaster with a well-timed phrase and bold action to back up his words.

He expanded the bank's arsenal of crisis-fighting tools with new and unconventional policies, measures that he and others say helped end a financial crisis in 2010-2012 and create millions of jobs in the 19-country monetary union.

Yet the closing days of his term have hardly been a victory lap. His departure is accompanied by an unusually public dispute among ECB board members over stimulus policies he pushed for that aim to lower borrowing costs. Critics question the long-term impact of his stimulus efforts and argue they deterred governments from improving their finances and could lead to trouble down the road.

Draghi's legacy was in focus as he handed off to his successor, former International Monetary Fund head Christine Lagarde, at an event at the ECB's headquarters in Frankfurt, Germany, on Monday. She takes office on Friday.

French President Emmanuel Macron and German Chancellor Angela Merkel praised Draghi's role in stabilizing Europe during the crisis. Merkel said investors had bet on the breakup of the euro, but that "today, eight years later, we are very far from that." Macron said Draghi's action had been "decisive to save Europe from sinking."

Italy was struggling with high borrowing costs in the bond market, Greece needed a second bailout, and the breakup of the shared euro currency, one of the European Union's core projects, seemed possible. On that day Draghi told an investment conference in London that the euro was "irreversible" and added that "within our mandate, the ECB is ready to do whatever it takes to preserve the euro. And believe me, it will be enough."

In the following weeks Draghi convinced the national central bank heads and top ECB officials to back a plan to buy unlimited amounts of the government bonds of euro countries facing financial pressure. The promise was so bold that it convinced international investors that the euro would not break up: the bond market was calmed, and the program never needed to be used.

Yet Draghi's rescue mission bore the seeds of today's dissent.

Legislators, news media and economists in northern European countries like Germany and the Netherlands argued that intervening in the bond market effectively mean the ECB was propping up governments and relieving them of pressure to shape up financially.

That criticism rose when Draghi's ECB implemented another stimulus program, the purchase of 2.6 trillion euros ($2.9 trillion) in government bonds from March 2015 to December 2019.

Opposition on the ECB's governing council broke into the open in September, after Draghi's next-to-last meeting, when he pushed through a plan to re-start bond purchases at the pace of 20 billion euros per month as uncertainty from the U.S.-China threatened to derail Europe's hard-won economic growth. Several members who were in the minority openly questioned the move and one stimulus opponent resigned, without publicly stating a reason.

Joerg Kraemer, chief economist at Germany's Commerzbank, said that Draghi's policies blurred the line between the responsibilities of central banks and those of governments. "The ECB moved closer to the politicians," said Kraemer. "In the end, Draghi took over tasks normally done by fiscal policy."

The eurozone finance ministers could, for instance, have added enough money to their bailout fund, the European Stability Mechanism, to backstop governments. "You cannot really say whether Draghi saved the currency union or not, because you do not know what the finance ministers would have done in the absence of the ECB," said Kraemer.

Despite massive stimulus, Draghi ends his term with the ECB far from its goal of consistent inflation at just under 2%, the level it considers best for the economy. He leaves with an average 1.2% over his term, compared to 2% for previous President Wim Duisenberg from 1999 to 2003 and 2.1% for President Jean-Claude Trichet from 2003 to 2011.

Hense said it was necessary to judge that record in light of the crisis facing the eurozone during Draghi's term: "The fact that he achieved mostly stable prices and avoided deflation is in itself a huge achievement."

Additionally, Draghi's term coincided with a period of stubbornly low inflation across the developed world, not just in Europe. The causes are a matter of debate but experts cite globalization, aging populations and the digitalization of businesses as possible causes.

With recent economic data still weakening, many analysts think Draghi's policies will have an impact for months and years. His parting stimulus announcement Sept. 12 said bond purchases and low rates were to run indefinitely, until inflation turns sustainably up toward the goal.

Lagarde has broadly endorsed Draghi's stimulus but has also acknowledged its potential side effects and echoed his call for governments to spend more.

With that invitation still open, the stimulus still running and the economy teetering, the full impact of Draghi's tenure will only become clear with time.