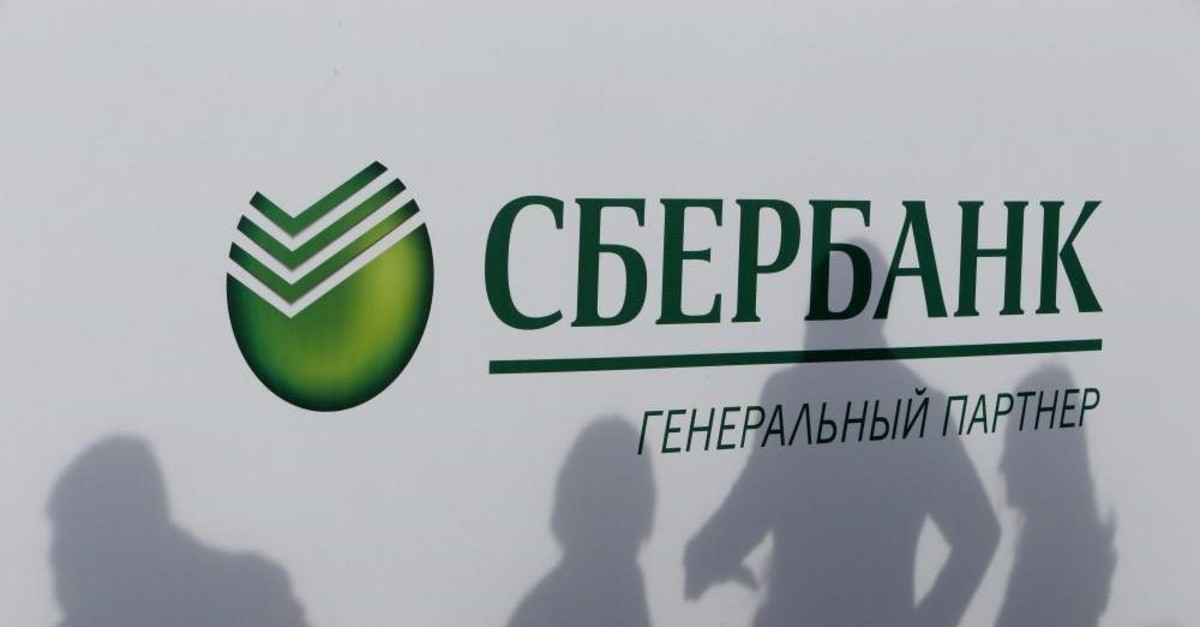 Participants cast their shadows on a board with the logo of Sberbank at the St. Petersburg International Economic Forum, Russia, June 1, 2017. (Reuters Photo)
by Dec 26, 2019 7:01 pm

The issue of change in Sberbank's ownership came into the spotlight after two sources familiar with the plan told Reuters this week that the government was considering using the NWF, which is managed by the finance ministry, to buy the central bank's stake in Sberbank.

"This issue is being discussed privately," Siluanov said, replying to a question about whether the government is considering using the NWF to finance the deal.

"But we will discuss together with the central bank the way it will or will not be solved," Interfax news agency quoted Siluanov as saying.

The finance ministry said later Thursday that Siluanov was referring to the overall issue of buying the central bank's stake in Sberbank but not to using the NWF money.