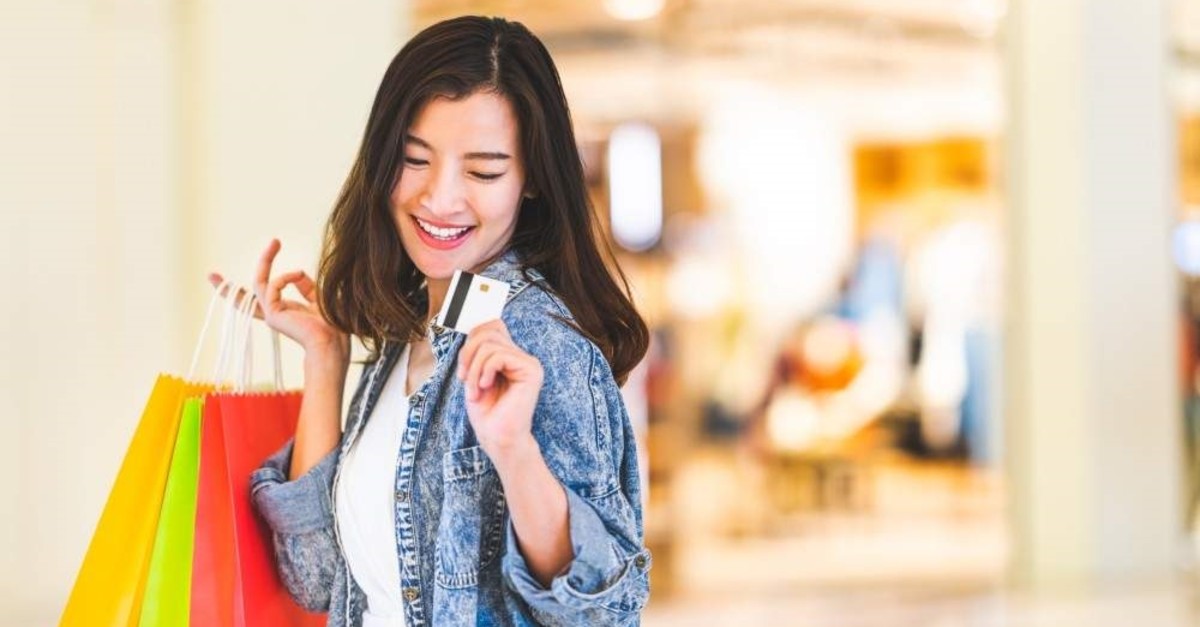 In the first 11 months of the year, foreign card payments made by tourists visiting Turkey reached TL 75 billion, according to the data from the InterBank Card Center. (iStock Photo)
by Daily Sabah with AA Dec 29, 2019 8:32 pm

Maintaining its position as leader of the European bank card market, Turkey has seen an 83% rise in the card payments by foreigners, which rose to TL 75 billion and is expected to close the year at TL 81 billion

Payments made with foreign bank cards increased by 83% in Turkey in the period of January to November this year compared to the same period of last year, the InterBank Card Center (BKM) announced Sunday as more tourists choose the country as a major shopping destination.

Turkey, which has the largest credit card market in Europe, recorded impressive growth in foreign card payments in 2019, hitting TL 75 billion, and is expected to reach TL 81 billion by the end of the year, BKM General Manager Soner Cankosaid. He added that the data signals that Turkey had a successful year in terms of shopping tourism.

In recent years, Turkey has become an attractive center for tourists who love shopping along with its reputation as a top sightseeing destination given its natural and cultural beauty. According to official data, tourists in 2018 brought in some $29.5 billion, while the figure is expected to reach around $35 billion this year.

Meanwhile, domestic card payments recorded growth in the first 11 months of the year as well. Card payments as a share of all retail sales are expected to increase by 17% until the end of 2019 and reach TL 841 billion, Canko said.

Turkey remains the biggest European market for bank cards followed by the U.K. and Germany with a total of 234 million cards held by consumers, including 69.5 million credit and 164 million debit cards.

Even though Turkey has managed to maintain its leading position, there is still room for growth for card penetration due to its fast-growing population, economic growth potential and extensive payment infrastructure, Canko added.

According to BKM, 41% of Turkish household payments were made with debit and credit cards in the first three quarters of 2019. According to Canko, the share of card transactions had accounted for only 9% in the early 2000s, meaning around 30% growth in the last two decades.

He said the growth in card payments played an important role in reducing the size of the informal economy in the country as well as increasing the tax payments.

The growth of the e-commerce industry and increasing use of the internet in different segments of the society also positively affected the overall growth of card payments. BKM reported that around TL 190 billion payments were made with cards in 2019 while shopping online.

Card payments made online are expected to record a 37% growth in 2019 and to represent 18% of the overall credit and debit card payments in the country, Canko said.

"The fact that the number of online transactions made with cards increased fivefold and its share in the total card payments has doubled in the last five years shows how fast the digital transformation took place in our country."

In 2016, BKM introduced an electronic card payment clearing system called TROY that had accelerated the card penetration process in the country. Electronic payment cards are processed by merchants and then sent to a clearing network that completes the payment.

The Interbank Card Center was established in 1990 through a partnership of 13 public and private Turkish banks with an aim to provide solutions to the common challenges of banks and to develop rules and standards for credit and debit cards. The organization says its main goal is to bring Turkey closer to a cashless society in 2023 as much as possible.